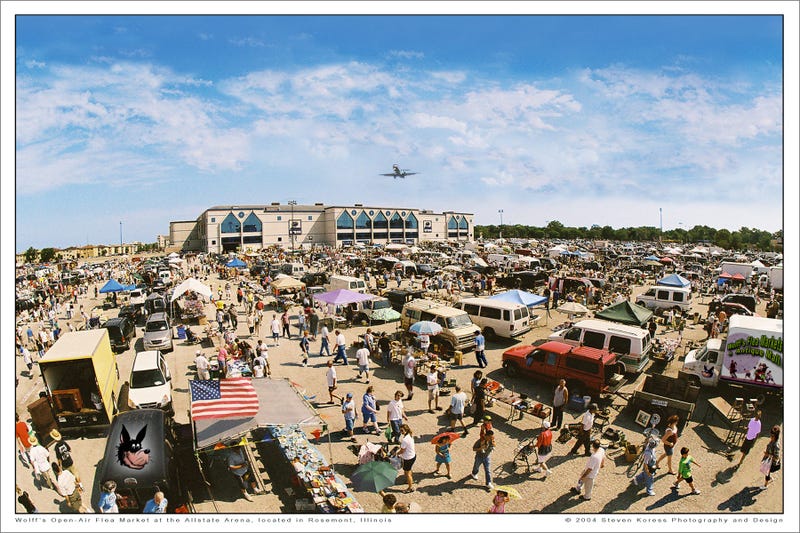 (WBBM NEWSRADIO) -- A northwest suburban flea market owner says he’s lost more than $100,000 so far because he’s been unable to open for the season - while indoor retailers are allowed to operate.

Wolff’s Flea Market normally covers 30 acres on the parking lot of the Allstate Arena, open Sundays from April to October.

And its president, David Wolff, says he thought the state of Illinois would allow him to reopen as the state reopened.

“Walmart, Target, Woodfield Mall, Abt Furniture — all these indoor locations are allowed to open. But us, with small micro-businesses — the little guy — we’re not able to open outdoors, which is a much safer environment.”

Wolff said Thursday he’d keep the crowds down and require masks for everybody if the state would let his flea market reopen.

“I think Illinois has done a great job with virus control,” Wolff said. “I think in this instance, they’re making the wrong decision.”