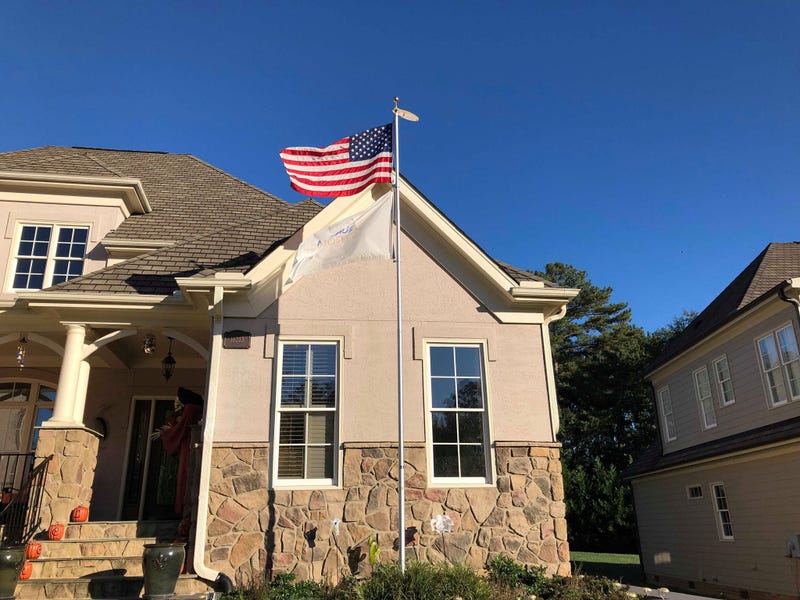 (WBBM NEWSRADIO) -- The parents of a man killed in the Henry Pratt shooting in Aurora earlier this year are fighting to save a tribute to their son.

Leslie and Dave Kendra's son Clayton Parks was among those killed in the Henry Pratt shooting in Aurora. Shortly after his death, the couple was given a U.S. flag and an Aurora Strong flag.

They put the 3x5 flags on a 20-foot pole in their front yard; but when someone from their Homeowner's Association complained, they were told move the pole to the side of their house, take it down altogether, or pay a $100 a day fine.

"It's one of those where just 'poof"...how do you comprehend that?" Dave Kendra said.

Federal law protects your right to fly a flag, but the HOA can tell you where you can put the pole.

"And that's the catch. That's what they did to us," Kendra said. "They are telling us we need to move it to an area that is less observant from the road. So it's really meaningless to put it up."

The Kendras are fighting it. They're waiting to meet with the full Homeowner's Association.

Dave Kendra tells WBBM Newsradio all of the neighbors on their cul de sac support keeping the pole and flags up. He's running for a seat on the HOA in order to make sure something like this doesn't happen to anyone ever again.

Dave and Leslie Kendra used to live in Crystal Lake before moving to Wake Forest, North Carolina. Their son lived in Elgin.