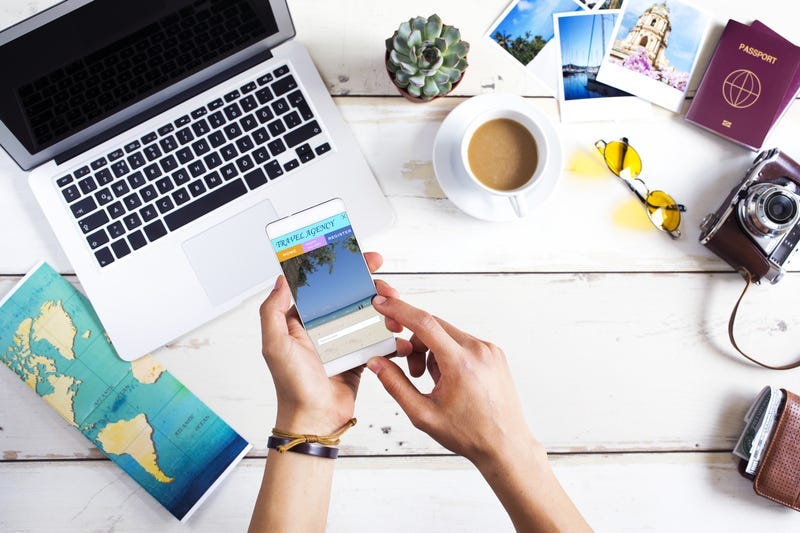 CHICAGO (WBBM NEWSRADIO) -- Memorial Day weekend is traditionally the unofficial start of summer and the summer travel season. But, with the coronavirus pandemic, a lot of people are opting to change their plans.

Before the pandemic hit, the AAA had estimated 173 million Americans had planned to take summer vacations. Now, according to AAA’s Molly Hart, the travel company is not even offering a forecast on how many Americans might be taking trips this holiday weekend.

"This is the first time in 20 years" not providing a Memorial Day weekend travel forecast, she said.

Eileen Guest’s niece, Hunter Guest, is graduating Sunday from Marist High School and Guest was going to take her to Greece on June 1 as her gift. Not now.

"And we were going for 10 days to Athens and Santorini and it was a huge disappointment that we had to cancel that," Guest said. "When this first started, I said to her, 'Oh, don't worry. We're going to Greece. We're going.'  But, then things got worse and worse and restrictions got more and more severe and, I wouldn't dream of going now."

They plan to re-schedule for next year.

John Czerwiec’s family had been planning to fly to southern California to see relatives, but even with great airfares, he said, "It just didn’t make sense to potentially being in a plane with somebody who might be spreading the virus."

Czerwiec also said that even when his wife, son, and daughter would get to San Diego, there's no indication everything they'd want to see would be open, including the San Diego Zoo.

Marilyn Idelman Soglin said it’s disappointing her family had to give up summer travel plans.

"We’d planned to go to Santa Barbara this summer. My husband's family was having a big family reunion and was planned for the past couple of years and we can’t now because of the COVID," she said.

Idelman Soglin said the hotel was very accommodating in re-scheduling for next summer.

Gloria Ludwig said her "summer plans have been trashed."

She and her husband were going to fly to Washington state for a graduation. Ludwig said she was going to attend a Clown Camp in LaCrosse, Wisconsin and later the couple intended to travel on a cruise on the Danube River starting in Prague. She sums up what happened in one word: "Bummer."

AAA said it believes there may be some kind of "resurgence" in travel in late summer or early fall, but that when people do, it will more often be trips within the United States.