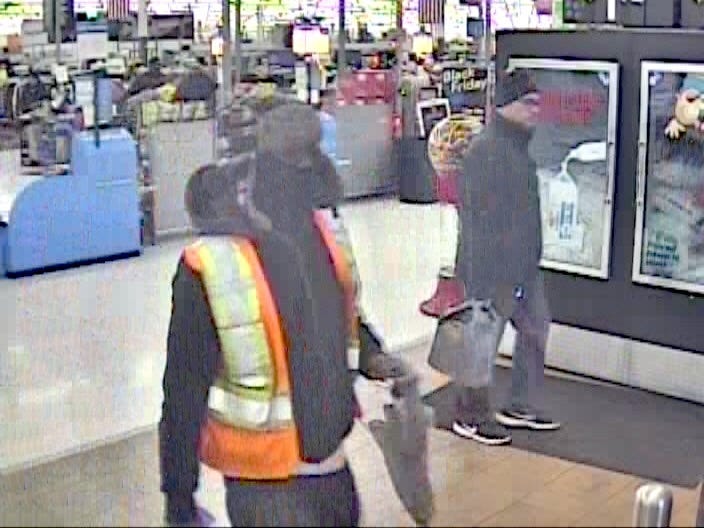 FRANKFORT, ILL. (WBBM NEWSRADIO) --  Will County Sheriff’s Office said it and Frankfort police are being joined by a number of suburban departments in trying to find the men responsible for two kidnappings and thefts of thousands in cash from their victims.

Hoffmeyer said a woman was kidnapped from in front of a bank ATM Nov. 16 on 208th and LaGrange Rd. in Frankfort. Thirteen days later, a man was kidnapped at gunpoint from the driveway of his home in New Lenox Township.

Then they were driven to stores.

"They would go into the self-checkout line. They would make multiple small purchases such as a candy bar. They would pay for it with the victim’s bank card and then they were getting 100 dollars cash back," Hoffmeyer explained.

she said detectives find it strange no one in the stores became suspicious in the New Lenox case.

"They were in these stores on a 50 degree day with full ski masks, layers of winter clothing," she said, adding that they were wearing construction-type vests that may have led people to believe they had been working outside.

The woman and her car were dropped off in Chicago while the man was left on an expressway exit ramp in Indiana. Hoffmeyer did not want to say exactly where either of them were freed. Neither victim was physically hurt. She said that, "of course, they were scared," because they were being held at gunpoint.

Police are looking for three men for the Frankfort kidnapping, four men for the New Lenox Township abduction.

Authorities are "asking the public to be extra cautious of their surroundings. With the holidays, you should be anyway," she said.

Neither of the two kidnapping victims could have avoided being abducted since "they were both caught off-guard," Hoffmeyer explained.

The Will County Sheriff's Office and Frankfort police are receiving help from other law enforcement agencies from suburbs in Illinois and Indiana where the stores used in the thefts are located.