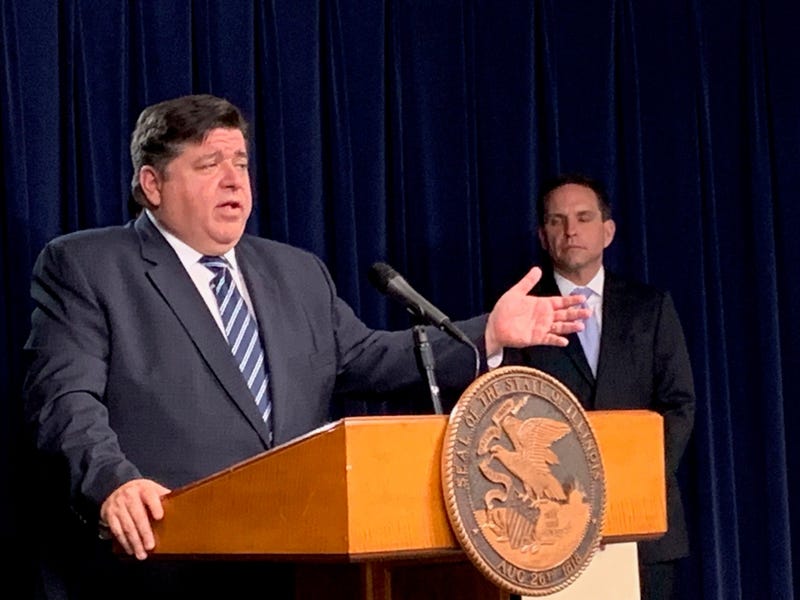 CHICAGO (WBBM NEWSRADIO) -- Illinois Gov. J.B. Pritzker said during his Sunday news briefing that he wants the state to administer 10,000 COVID-19 tests daily, something he believes will happen within the next 10 days. Illinois currently runs an average of 4,000 COVID-19 tests daily, administering a total of 28,000 tests so far, Pritzker said.  This news comes as Dr. Ngozi Ezike, director of the Illinois Department of Public Health, also announced 1,105 new cases of COVID-19  and 18 new deaths, bringing the state's totals to 4,596 reported cases and 65 deaths.

Pritzker said that the 10,000-a-day goal will provide health officials with data on how well interventions such as the state's shelter-in-place order, which went into effect on March 21, are working.

“Where we are now is not where I want to be. Every day we aren’t hitting 10,000 tests or more is another day that we aren’t getting answers to help us get past this current crisis,” Pritzker said.

Pritzker also said the only thing stopping the state from reaching this goal is the federal government's requiring federal personnel representation at Ilinois' two state drive-thru locations, which limits testing to a 250-per-day cap, though he's pushing the feds to change its requirements.

He also blamed the federal government for the "foundational mistake" of not offering COVID-19 testing in February and jumping on preventative measures to curb its spread across the U.S.

He said the "White House has promised millions of tests for weeks now and they just aren’t here." As a result, Pritzker said he's not going to wait on promises from the federal government and instead will build testing capacities now. He said the state is adding a fifth drive-thru facility in McLean County.

“Our state-run sites have been a huge success,” he said.

He mentioned Lake Bluff, Illinois-based Abbott Labs, which announced Friday its plans to produce a test for COVID-19 that delivers results within minutes.

This story is developing. Stay tuned for updates.