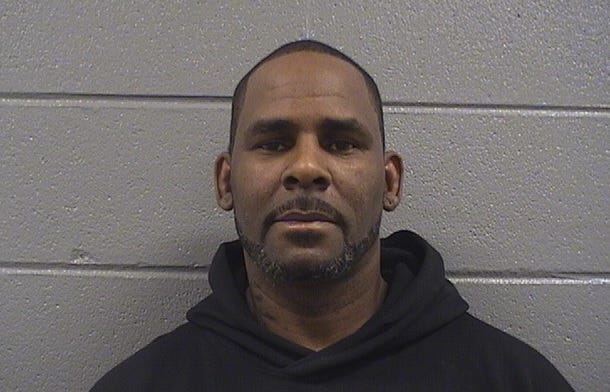 CHICAGO (WBBM NEWSRADIO) -- While R. Kelly's attorneys prepare to post bail, an attorney said he has another tape of the singer engaged in a sex act with an underage girl.

R. Kelly has been in the Cook County Jail since Friday night, when he turned himself in after he was charged with 10 counts of sex abuse. His bond was set at $1 million on Saturday, meaning he would have to pay $100,000 to post bail.

According to his attorney, he should post bail sometime this week.

His attorney, Steven Greenberg, said Kelly's finances are a mess and that it takes awhile to find $100,000 to post bail. R. Kelly owes more than $174,000 in back rent on his recording studio in the West Loop. He said Kelly could be released as early as Monday or Tuesday.

"He has to rely on others acting on his behalf," Greenberg said. "And it's just not that easy — because Kelly's in jail."

Greenberg has vigorously denied his client has done anything illegal. He said in court Kelly is not as rich as some may suspect, despite his track record of having created hit songs. Greenberg said Kelly is being held in a special area of the jail.

"It's just easier, frankly, for the sheriff to hold him there because if they put him in general population, you can imagine, there could be inmates who could maybe get after him, give him a hard time," he said.

R. Kelly is expected to be back in court on Monday, where a trial judge will be assigned to the case.

Meanwhile, attorney Michael Avenatti, who represents several alleged victims, tweeted Monday morning that he will give prosecutors a second video of R. Kelly engaged in sexual assault of a minor.  Avenatti said justice must be done.

I can confirm that we will be providing a second video showing R. Kelly engaged in sexual assault of a minor to prosecutors this morning. This tape was recently uncovered in connection with our ongoing nationwide investigation on behalf of victims. Justice must be done.

Each count of the new charges carries up to seven years in prison, and the sentences could be served consecutively, making it possible for him to receive up to 70 years. Probation is also an option.

The walls began closing in on Kelly after the release of a BBC documentary about him last year and the multipart Lifetime documentary "Surviving R. Kelly," which aired last month. Together they detailed allegations that he held women against their will and ran a "sex cult."