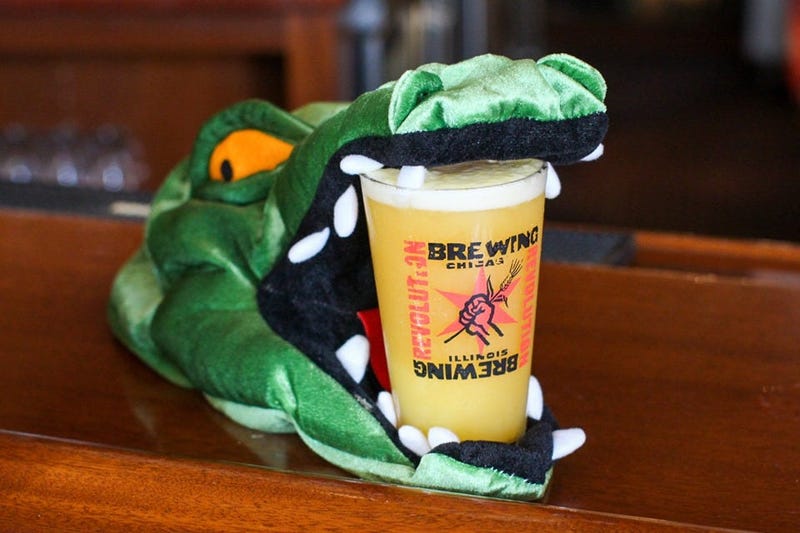 CHICAGO (WBBM NEWSRADIO) -- It's time to raise a glass and cheers to Chance the Snapper - yes, the alligator that someone set free in the Humboldt Park lagoon and spent a week in hiding before being captured.

Revolution Brewery launched Wednesday a new beer in honor of Chance the Snapper.

"Since our beloved local lagoon gator is safe and sound and soon to retire to Florida, we're giving him his own Rev beer to celebrate," the brewery wrote on Facebook.

Now that Chance the Snapper has been successfully captured, we’ll be saluting his bitey outlaw spirit with his own Rev beer. Humboldt Gator will debut July 31 - it’s a pineapple coconut Wit for those who like underdog reptiles and getting lost in the rain. pic.twitter.com/q82ApEdltJ

The "Humboldt Gator" brew is described as a witbier with pineapple and coconut.

Revolution Brewing believes the drink “speaks to Chance’s chaotic tropical spirit,” according to a post on the brewery's Facebook page.

It will be on tap starting Wednesday at Revolution’s Brewpub, 2323 N. Milwaukee Ave., for $6 in the taproom and pub only. One dollar of each purchase will go toward West Town Bikes, a non-profit organization focused on educating youth about bicycle mechanics and the advantages of cycling.

Revolution Brewery also announced that they will be temporarily changing our Pub Brewer's nickname from Jumpy to Bitey.

Chance the Snapper was captured on July 16 thanks to Florida specialist, Frank Robb. On July 18, the alligator was sent to St. Augustine Alligator Farm.