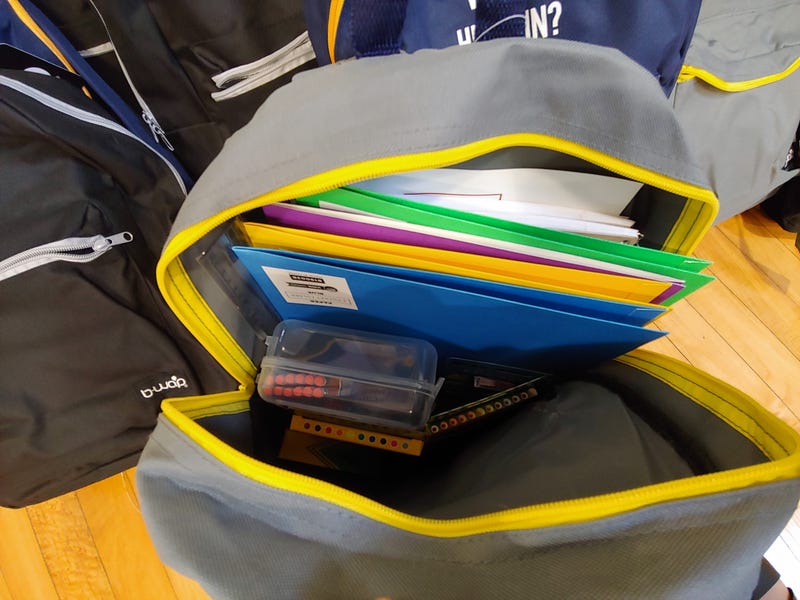 CHICAGO (WBBM NEWSRADIO) -- Most CPS students won't go back to school for another three weeks, but many in Englewood have new backpacks full of supplies waiting for them.

More than two dozen volunteers packed folders, notepads, pencils and other school supplies into backpacks in the gym at Nicholson STEM Academy on Sunday.

Ali Asghar brought his 9- and 12-year-old sons with him from St. Charles to help assemble the backpacks, saying it was "a great cause to learn and to give and just to see what's out there in this world.”

Nicholson Principal Mark Carson says the backpacks will be a big help for the parents of his students.

The non-profit Who Is Hussain organized the event, which will help students at Nicholson and four other schools.

Treasurer Wali Razvi says they were able to triple the number of backpacks they bought and stuffed -- going from 350 last year to 1,200 this year. The goal for next year is 2,000 backpacks.

Carson plans to hand out the supplies at a back-to-school party on Aug. 30 so that students have everything they need when they show up on the first day Sept. 3.

The non-profit also runs a soup kitchen and has provided free dental care to people in need in Chicago.