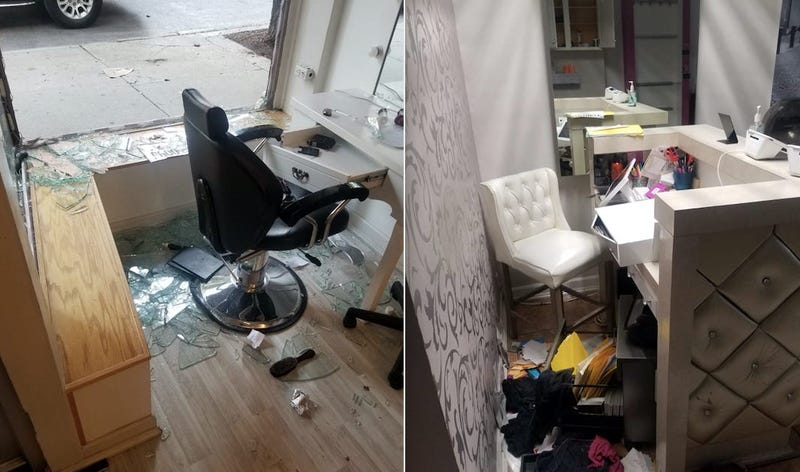 (WBBM NEWSRADIO) -- The first line of the Go Fund Me page says it all: “MY MOTHER LOST EVERYTHING SHE HAS WORKED FOR IN ONE DAY.”

Now, a River North shopkeeper is trying to get back to business, WBBM Newsradio’s Steve Miller reports.

China McNeal grew up in Chicago. She’s an African-American woman who owns Chicago Hair Imports in the 600 block of North Dearborn, but her business was looted, along with many others, more than a week ago.

McNeal says she was mortified by the sight of her store and then in disbelief that it took so long for authorities to respond.

“I placed a phone call to police the day of the incident, and we didn’t get anyone to answer the phone. No one answered the phone til Saturday — almost five days later before we heard back from police.”

The preliminary loss estimate at her shop is at least $90,000. McNeal is looking ahead, not just to rebuilding her business but to preventing it from being destroyed again.

She said she loves Chicago and she says she’s concerned about the direction the city’s going.

“I just want to see us in a better place,” she says.

For more information about the Go Fund Me effort, click here.