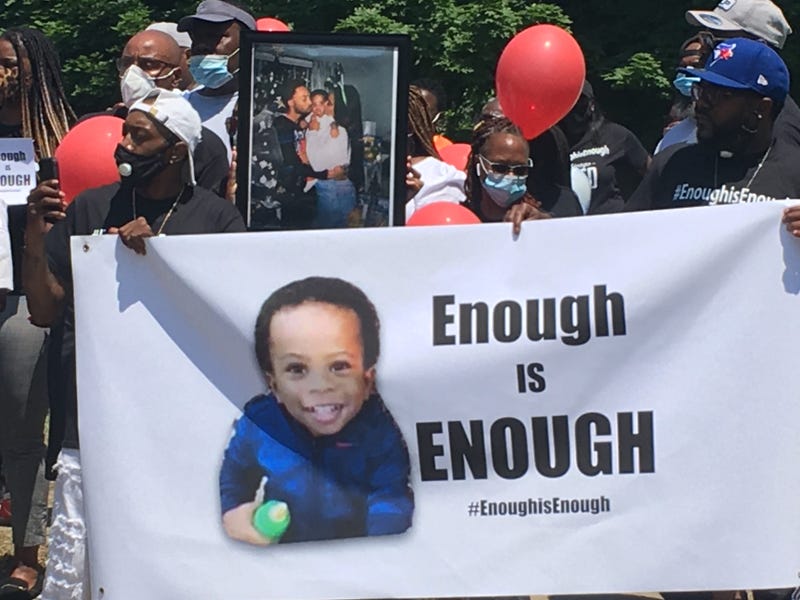 CHICAGO (WBBM Newsradio) — The parents of a boy fatally shot over the weekend in Englewood say Chicago police are leaning on them for information about the killing and treating them as if they are suspects, rather than victims.

Their claims came Wednesday as the family held a vigil for Sincere Gaston, a 20-month-old who was fatally wounded on the South Side last Saturday. A large crowd gathered at 61st and Wentworth and chanted “Enough is enough.”

Sincere was shot in the chest by someone from another vehicle as he was riding with his mother, Yasmine Miller.

“The police told me if I did not tell them a story and tell them who did this I couldn’t view my son, I couldn’t go see my child,” Miller tells WBBM Newsradio’s Jim Gudas.

Gaston, who said he's wrongly been called the target of the shooting, claims police at the 2nd District would not release their their keys, phones and other personal property.

"The Chicago Police Department expresses its condolences to the parents of Sincere Gaston for their profound loss of their young son. Our detectives are conducting a thorough investigation into the murder of an innocent child, working diligently to identify and apprehend the individual or individuals responsible. It is Department policy to collect, preserve, and submit evidence for analysis in a manner consistent with Department directives and legal requirements."

The parents urged anyone with information about Sincere's death to come forward.