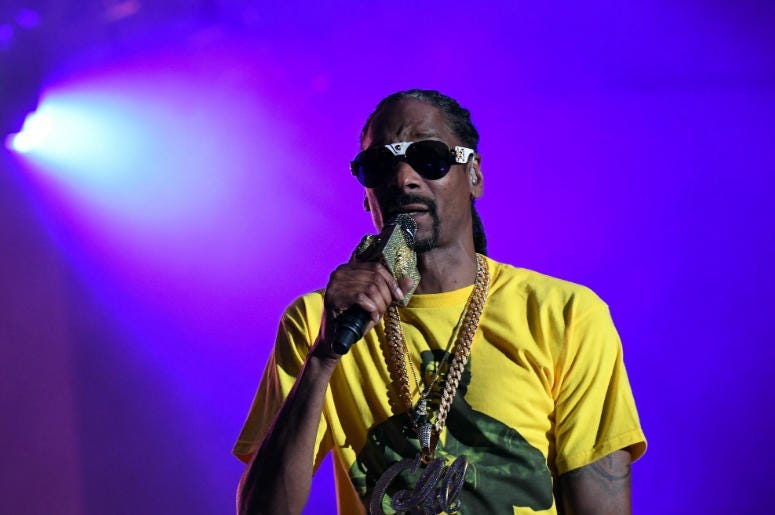 CHICAGO (WBBM NEWSRADIO) -- Snoooooooooop! Illinois residents will be dropping it like it's hot this summer.

The State of Illinois announced Snoop Dogg as one of the headliners at the 2019 Illinois State Fair. He is the third Grandstand act announced for the 2019 State Fair; following the previous announcements earlier this month of a capella group Pentatonix and country duo Dan + Shay.

Snoop Dogg's most recent album, Snoop Dogg Presents Bible of Love, was his first time releasing music in the gospel genre. It debuted at No. 1 on the Billboard Charts in 2018.

The 2019 Illinois State Fair takes place Aug. 8-18 in Springfield. Tickets for all Grandstand concerts will go on sale later this spring.