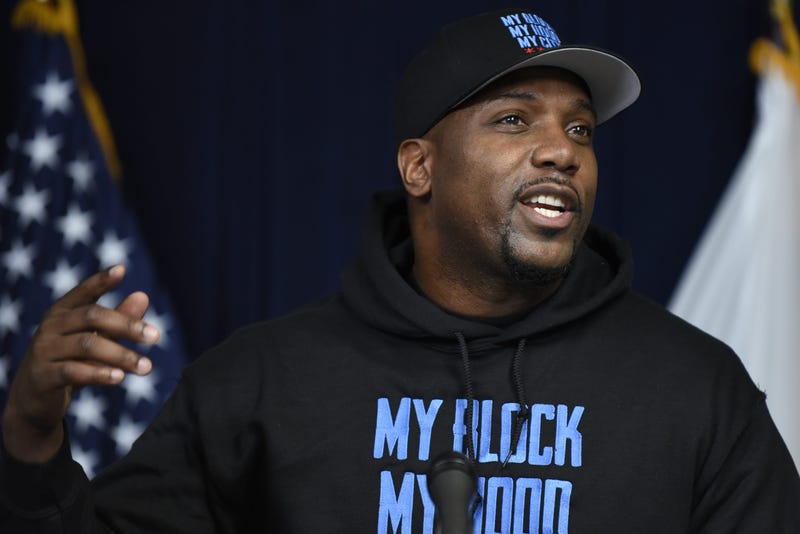 CHICAGO (WBBM NEWSRADIO) -- A prominent South Side activist wants to make sure that underserved communities are taken care of even after the pandemic is gone.

Jahmal Cole, founder of youth organization My Block, My Hood, My City, joined Gov. Pritzker for his daily press conference Saturday to spread hope to Illinois and remind people that West and South Side youth communities need resources, education and connection to feel safe and inspired during a time of crisis — which is not only during a pandemic.

"This pandemic has shined a light on the injustices in the state," Cole said.

Cole, who works with youth who have been affected by gun violence and crime, said the pandemic's threat to people's safety is not a new feeling for some living on the South and West Side. He said that's normal for youth, who can feel unsafe and hopeless living in dangerous communities. The stay-at-home order has intensified that reality, especially when youth do not have access to resources to better their circumstances.

"While these $1,200 stimulus checks are good for today, how are we ensuring we are helping people in the long run?" Cole said. "We need hope in this state."

Data shows that COVID-19 cases have largely hit Black communities the most, and this week, predominantly Latinx neighborhoods saw a spike in cases. Pritzker said his team has opened testing facilities in Black and Latinx neighborhoods to identify more cases, as well as share resources with community organizers, local alderman and residents to make sure information isn't slipping through the cracks and that lower-income communities have the same access to treatment.

But that information hasn't landed, as was evident with a West Side house party April 25 that has since gone viral. As reported by The Triibe, the party demonstrated the disconnect between Black communities, the media and coronavirus safety measures.

Cole, who has become a mentor to youth and adults alike by his work in creating volunteer initiatives and block clubs in low-income communities, had some advice for the youth who organized the house party: work on goal setting while staying home.

"Things are serious right now. This affects us all," he said. "Stay home and save lives but while you are at home, set some goals for your lives... do something with your life."

He noted the importance of giving youth things to do instead of telling them what to do, which can be where the message from officials gets lost. As an activist, he wants to help inspire and care for youth by showing them that goals can change the outcome of a situation and influence the choices people make.

"There's risk in doing stuff like this for the youth, but there's also risk in adults telling kids what to do without giving them things to do," he said.

He said the house party situation should be a lesson to everybody, especially other youth who are not taking the pandemic seriously.

"An awful lot of people need to hear that message," Pritzker said of Cole's speech.

Dr. Ezike Ngozi, director of the Illinois Department of Public Health, offered up some ideas that people can do in their homes that are still fun and productive.

Get outside, do board games, bake something for a neighbor or an essential worker or play board games, even if they are virtual, she said.

"Learn a new language," Ngozi added, who then broke into French before summarizing her points in Spanish.

She also stressed the importance of getting fresh air and enjoying it responsibly: by maintaining social distance and wearing a mask.