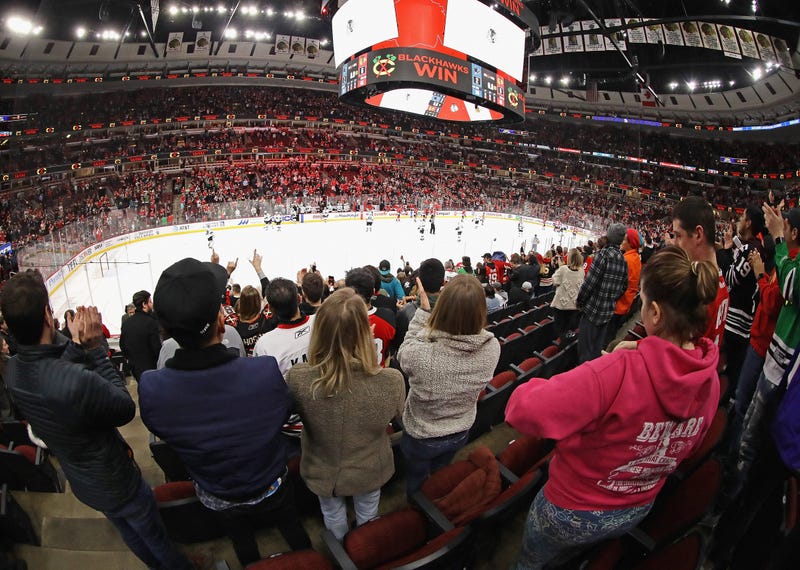 CHICAGO (WBBM NEWSRADIO) -- Fears over coronavirus didn't stop thousands of Blackhawks fans from going to Wednesday night's game, and those fans were sounding off as more sports leagues move to cancel or suspend games over fear of spreading coronavirus.

Many of the people WBBM Newsradio spoke to on their way in to the United Center said they felt moves by sports leagues to stop the spread were overreactions and questioned the point of holding games without a crowd to watch.

"The fans are such a vital part of the game," one fan said.

A man who came to the game from South Bend said for most people the virus will be like the flu - and therefore it's not necessary to postpone games or play in empty arenas.

Others support decisions to cut back on games that may expose fans or athletes to the virus.

"I think it is a good idea. At the end of the day, you never know who might be sick. You got a big crowd, it might spread around, you never know. Just keep people safe," another fan said.

Another fan said she understands the balance that sports leagues are trying to strike, as they cancel games or play without fans.

"Kind of like overreaction, but at the same time safety, like who knows, right? Only weeks can tell from now," she said.

A woman visiting from Texas complained about inconsistencies - saying a Houston rodeo was cancelled, while a girls volleyball tournament here was going forward.

And plenty of fans said they are taking steps to protect themselves.

"I always wash my hands."

"Just be a little more cautious."