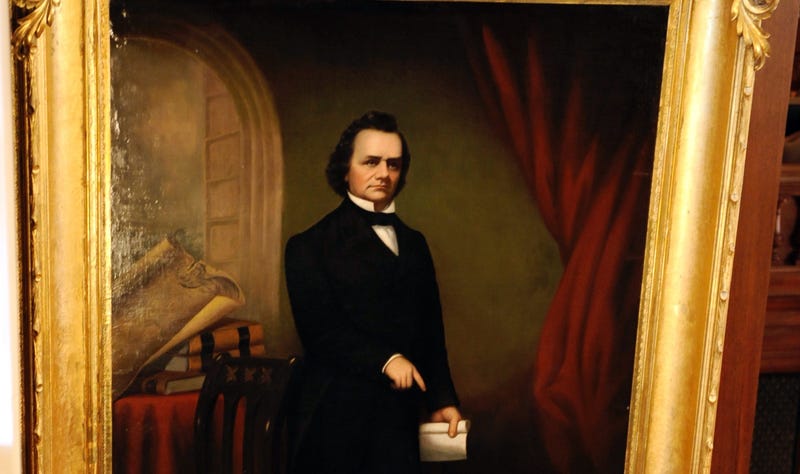 SPRINGFIELD (WBBM NEWSRADIO) -- The "Remove the Statue" movement has come to Springfield.

Illinois House Speaker Michael Madigan's office says the Chicago Democrat wants to get the ball rolling to remove the portrait of Stephen Douglas from the House floor and remove the statues of Douglas and Pierre Menard from the front of the Capitol.

The statement says there is no place to honor those who were involved with slavery and bigotry.

Douglas was famously a U.S. senator after the series of debates against future President Abraham Lincoln. Menard was Illinois' first lieutenant governor.

“Of course, removing these images does not erase our history, but it is one more step in acknowledging the suffering of so many and committing to creating a better Illinois for everyone," Madigan's office said in a statement issued Thursday.

Madigan says replacing the Douglas portrait with one of former President Barack Obama can be done by a House resolution.

Removing the statues on the Statehouse grounds is under the auspices of the Architect of the Capitol.

Madigan also wants to move the statue of Martin Luther King, Jr., to a more prominent place. It currently stands across the street from the Capitol.