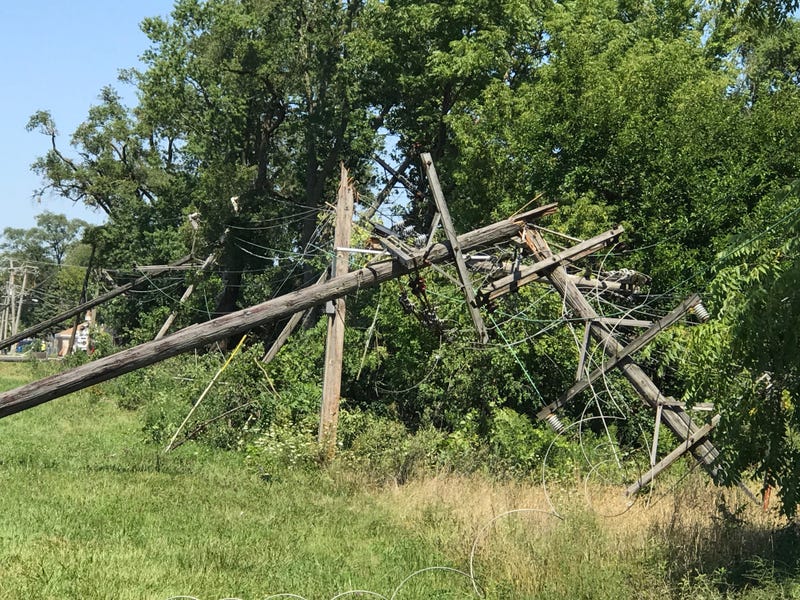 HARVEY (WBBM NEWSRADIO) -- About 4,000 homes and businesses in south suburban Harvey were still without power Friday, days after a destructive “derecho” system blew through the Chicago region.

ComEd says the damage to power poles and lines are so severe in Harvey they need a “rebuild.” The utility Friday evening told WBBM Newsradio everyone's power is expected to be back by late Saturday, many well before that.

Mahtinah Blanton, one of the residents without power, said she’s had to throw away a lot of food.

Other residents said they were having trouble keeping their cell phones charged.

ComEd said 33 crews were working on the problem in and around Harvey.

Monday’s storms in northern Illinois included several tornadoes, including an EF-1 that touched down in Rogers Park on Chicago’s North Side.