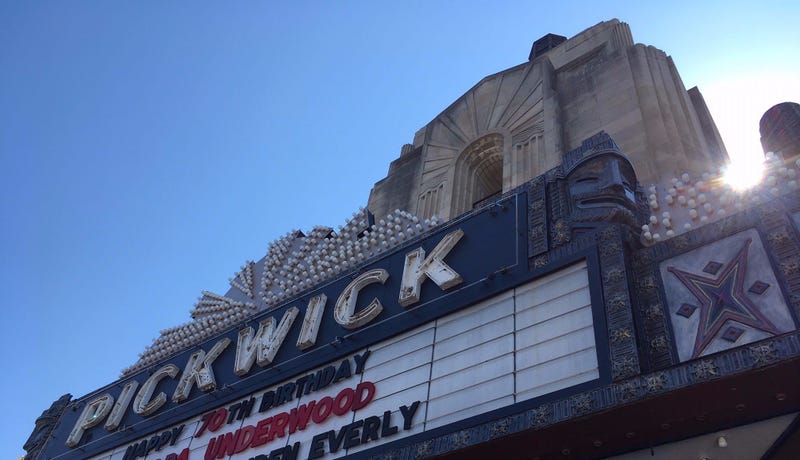 PARK RIDGE (WBBM NEWSRADIO) -- The Pickwick Theatre in Park Ridge is making plans to reopen its smaller auditoriums, under a state restriction that caps attendance at 50 people per theater.

But the art deco movie palace's largest screening room, which seats more than 900, will remain closed because owner Dino Vlahakis can't make the economics work for that large of an auditorium.

He said if officials would allow him 25% capacity, it would leave plenty of room for social distancing.

"You'd be able to separate them. I can easily seat 225 people in Theater 1 with no issues at all," Vlahakis said.

He thinks he'd have no trouble filling those seats, based on the number of people who have asked him when the cinema is reopening.

The Pickwick's plans to reopen next Friday, Aug. 21, come as cinema chain AMC has announced plans to get back to business.

The independent cinema has survived the pandemic so far by selling candy and popcorn to loyal customers.