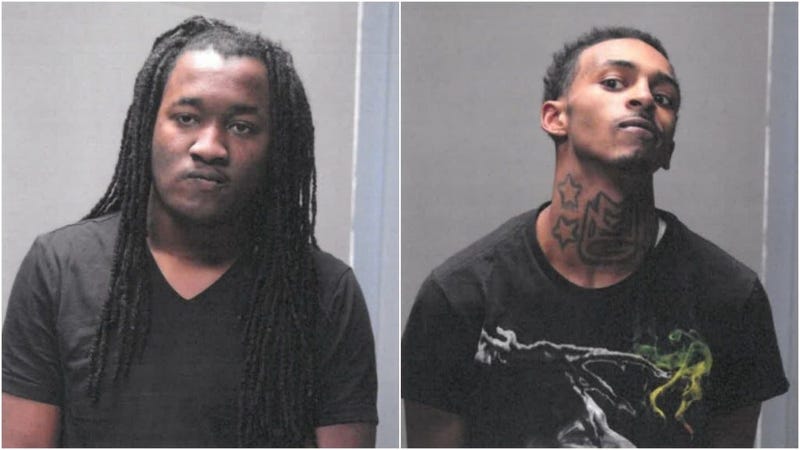 CHICAGO (WBBM NEWSRADIO) -- Two men and a 15-year-old boy are facing charges in connection with a break-in at an auto auction in south suburban Matteson, while a fourth man is still at large after stealing a squad car during the incident, police said.

Anthony Vickers, 25, and 20-year-old Lamont Jackson are each charged with aggravated possession of a stolen motor vehicle, vehicle theft conspiracy and criminal damage to property, according to Matteson police. The teen was also charged for his role in the break-in.

The charges stem from an in incident on Monday, after officers responded at about 4:15 p.m. to the Greater Chicago Auto Auction, 20401 Cox Ave., for reports of people trying to steal vehicles in the lot, police said.

When they arrived, officers blocked the exits and the suspects got into a vehicle to attempt an escape, police said. They drove around the lot and nearly struck officers and security guards.

The vehicle slammed into a garage door and Jackson, Vickers and the teen were arrested after running from the vehicle, police said. A fourth suspect evaded capture, stole a squad car and led authorities on a chase throughout the south suburbs.

Vickers and Jackson, of Chicago, were scheduled to appear in court Wednesday.