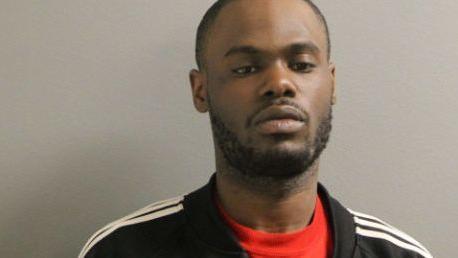 CHICAGO (WBBM NEWSRADIO) -- A Chicago man has been charged with several felonies after police identified him as the suspect in a series of armed robberies on the Near West Side.

Deangelo Suggs, 28, was charged with five counts of armed robbery with a firearm, one count of aggravated criminal sexual abuse, and one count of attempted vehicular hijacking, Chicago police said.

About 2:10 p.m. Friday, officers chased after Suggs in the 2400 block of West Gladys Avenue after he fled a street stop, police said. After placing him into custody, they learned that Suggs was the alleged offender in three armed robberies that occurred in March on the Near West Side.

In the March 1 robbery, Suggs allegedly held a gun toward a female victim’s head, ordered her to give him her car keys and sexually abused her.

Suggs is due in bond court Saturday.