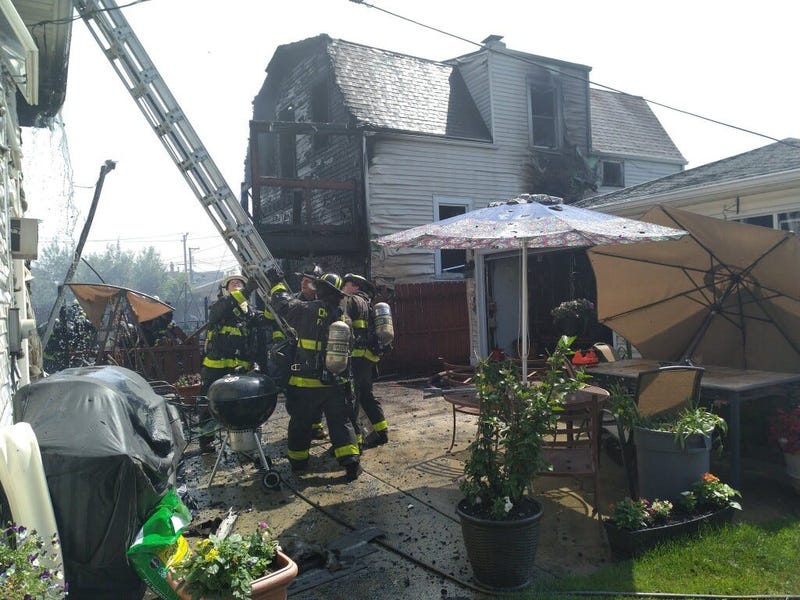 CHICAGO (WBBM NEWSRADIO) -- At least five homes were engulfed by flames Wednesday afternoon in Belmont Central on the Northwest Side.

Firefighters responded to the blaze shortly before 2:20 p.m. at a home in the 2200 block of North Mason Avenue, according to Chicago Fire Department spokesman Larry Merritt.

The fire was upgraded to a two-alarm as the flames spread between four homes and a coach house, Merritt said.

No civilians were hurt, but one firefighter was taken to a hospital for an injury that was not life-threatening, Merritt said.