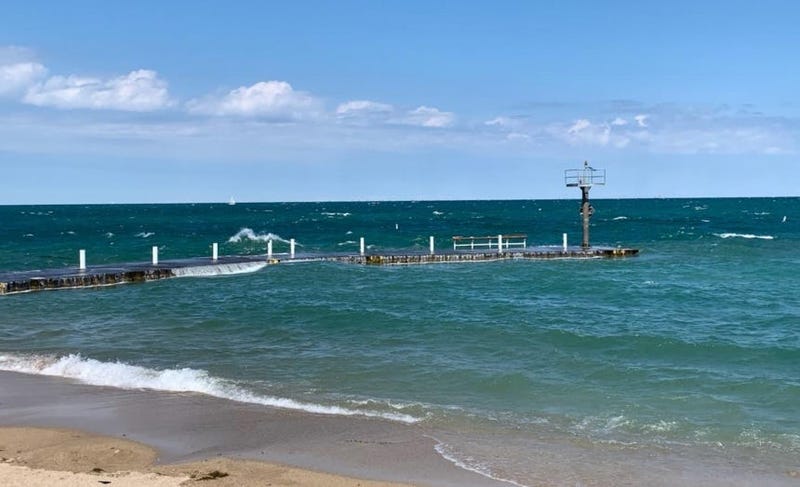 CHICAGO (WBBM NEWSRADIO) -- A man died after diving into Lake Michigan to help an 11-year-old girl who got swept into the water Thursday near 31st Street Beach on the South Side.

The girl was swept into the lake about 1:50 p.m. while standing on a breakwall in the 700 block of East 31st Drive, according to Chicago police. The man, 35, jumped in to try to help her.

Police and fire crews and Chicago Park District lifeguards responded to pull them out of the water, police said.

The man was unresponsive by the time he was out of the lake, according to police and fire officials. He was taken in critical condition to Mercy Hospital, where he was later pronounced dead.

He was identified as Rene Padilla of Blue Island, according to Cook County medical examiner’s office.

The girl was taken to Mercy Hospital in good condition, authorities said. Fire officials initially reported that she was an adult in her 30s.

The National Weather Service issued a “beach hazards statement” for Thursday, warning that waves between 6 and 9 feet high and strong currents are creating dangerous swimming conditions.

Another man was found dead in the lake Tuesday afternoon at 31st Street Harbor, authorities said.