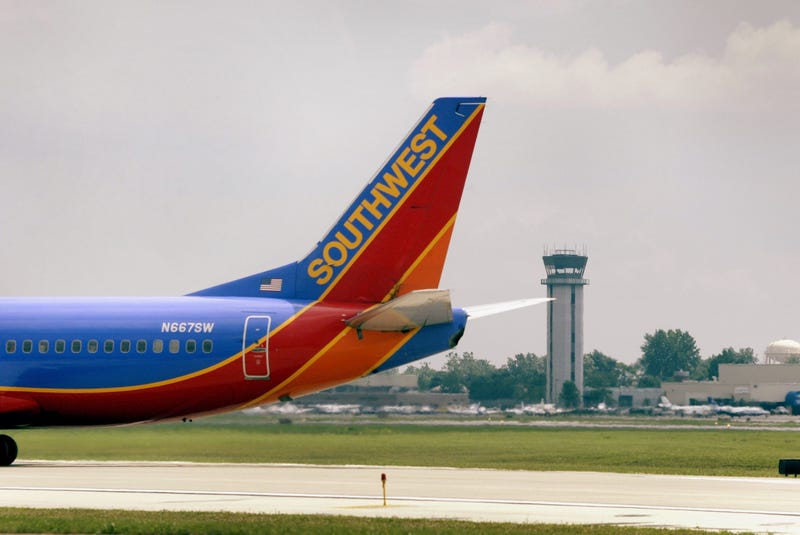 (WBBM NEWSRADIO) -- The air traffic control tower at Midway Airport is being temporarily shut down Tuesday after multiple employees tested positive for the coronavirus.

“Earlier today, several technicians at the facility tested positive for the COVID-19 virus,” the FAA said in a statement. “The airport remains open and operations will continue at a reduced rate until the situation is resolved.”

The Chicago Department of Aviation said that flights were operating on a “one-in-one-out” basis. The FAA has put a “ground delay program” in place, which applies to any flights bound for Midway that haven’t already left their departure point.

Though average delays at Midway were less than 15 minutes as of 9:10 p.m., the airport has already seen over 180 cancellations, according to the CDA.

“The air traffic system is a resilient system with multiple backups in place,” the FAA said.

“This shift is a regular execution of a longstanding contingency plan to ensure continued operations. Each facility across the country has a similar plan that has been updated and tested in recent years.”

In response to the shut down, Southwest Airlines, which exclusively operates at Midway in Chicago, suspended all their flights in and out of the airport until Wednesday morning, at the earliest.

“The disruption resulted in more than 20 cancellations, with the intention of resuming operation tomorrow morning or when the ATC tower reopens,” the airline said.