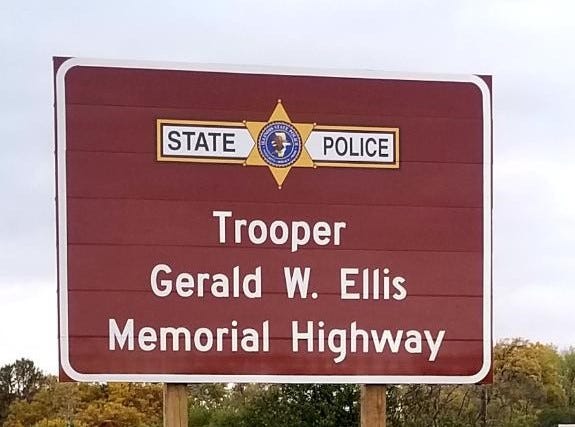 CHICAGO (WBBM NEWSRADIO) -- A stretch of Interstate 94 has been named the Trooper Gerald W. Ellis Memorial Highway in honor of the trooper fatally struck in March by a wrong-way driver.

In a ceremony Monday morning in Lake Forest, state officials dedicated the half-mile stretch of highway between mile markers 16.5 and 17, according to Illinois State Police.

Ellis — an 11-year veteran of District 15 in Downers Grove, which patrols Illinois tollways — was taken to Condell Medical Center in Libertyville and pronounced dead. The driver of the other vehicle also died in the crash.

“Trooper Ellis served the residents of Illinois with integrity, service, and pride, and he will be remembered as a hard worker with a wonderful sense of humor, who was always willing to lend a helping hand,” Kelly said.

The resolution to dedicate the road in his honor was sponsored by State Sen. Melinda Bush, D-Grayslake, and State Rep. Joyce Mason (D-Gurnee).