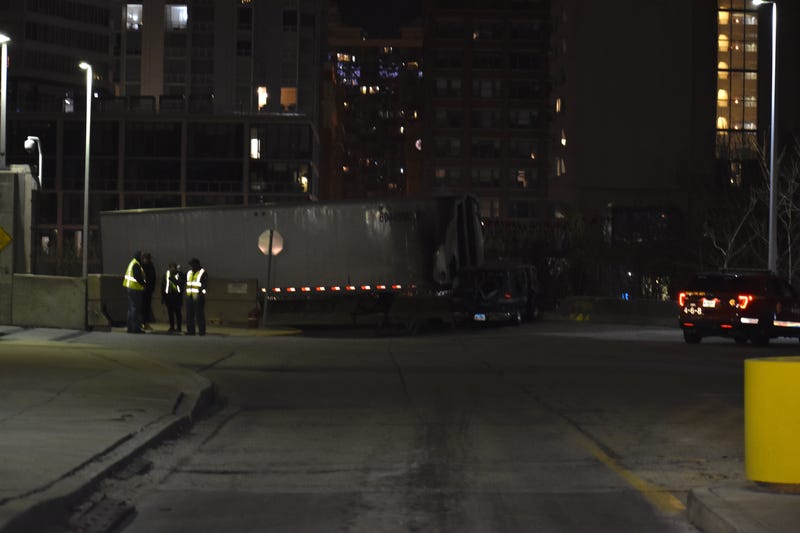 CHICAGO (WBBM NEWSRADIO) -- A person died after a vehicle hit a wall and caught fire Sunday in the South Loop, police said.

A 1997 Dodge van was eastbound about 12:48 a.m. in the 400 block of West Polk Street when it struck a concrete wall, Chicago police said. The crash caused the vehicle to light on fire, and the driver was pronounced dead at the scene.