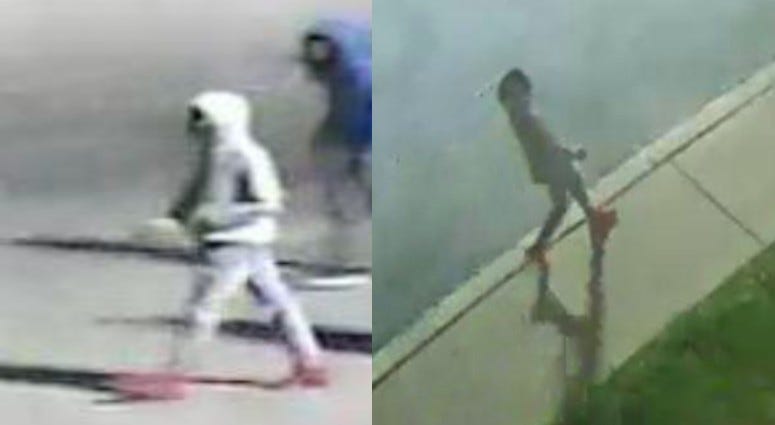 CHICAGO (WBBM NEWSRADIO) -- Police are looking for a person of interest in a shooting that left a teenage boy dead and a man wounded last week in Altgeld Gardens on the Far South Side.

They were found with gunshot wounds at about 9:47 p.m. June 8 in the 13000 block of South Ellis Avenue, according to Chicago police.

Jeremiah James, 15, was hit in the head and taken to the University of Chicago Medical Center, where he was pronounced dead, police and the Cook County medical examiner’s office said. An autopsy ruled his death a homicide.

The 19-year-old man was shot in the leg and taken to the same hospital in fair condition, police said.

Police released photos of a person of interest who may have fired a handgun in the area. He was described as a male wearing a white or light-colored hoodie and red shoes.