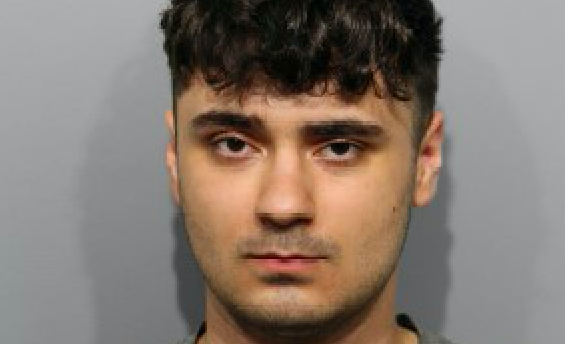 Josiah Biewer, 20, is charged with seven felony counts each of hate crime and criminal damage to property, Arlington Heights police said in a statement.

“Hateful markings” were found as early as May 31 on property at the Davis Street underpass, Lake Arlington and the Vail Avenue parking garage, police said. Another message was found at Lake Arlington on June 6 and on June 23. The underpass was targeted again the same day.

On Tuesday, officers assigned to patrol areas which were previously vandalized noticed a suspicious vehicle about 2 a.m. near Lake Arlington, police said. After searching the area, the officers saw a person emerge from Lake Arlington Park and enter the vehicle.

The blue Honda sped away with its headlights off, and officers later located fresh graffiti on the park walking path, police said. Biewer was identified as the driver and later allegedly admitted to writing the messages.

He was taken into custody and was scheduled to appear in court for a bail hearing Thursday.