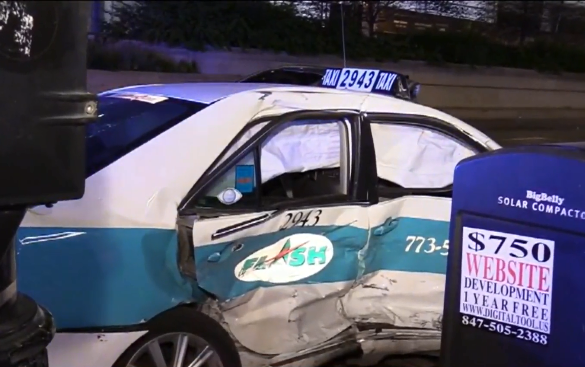 CHICAGO (WBBM NEWSRADIO) -- A man riding in a taxi was killed in a two-vehicle crash Thursday in the Loop.

The 33-year-old was in a southbound taxi in the 100 block of North Wacker Drive at 9:03 p.m. when the cab made a left turn onto eastbound Washington Street and hit a Ford Mustang that was northbound on Wacker, according to Chicago police.

He suffered internal injuries and was taken to Northwestern Memorial Hospital, where he was pronounced dead, police said. The Cook County medical examiner’s office has not released details about the death.

Two other men in the cab, the 37-year-old driver and a 32-year-old passenger, both refused medical treatment, police said. The man driving the Mustang and a woman who was riding with him, both 24, also refused treatment. All were listed in good condition.

The police Major Accidents Investigation Unit and Area Central detectives are investigating the crash, according to police. No citations were issued as of early Friday.