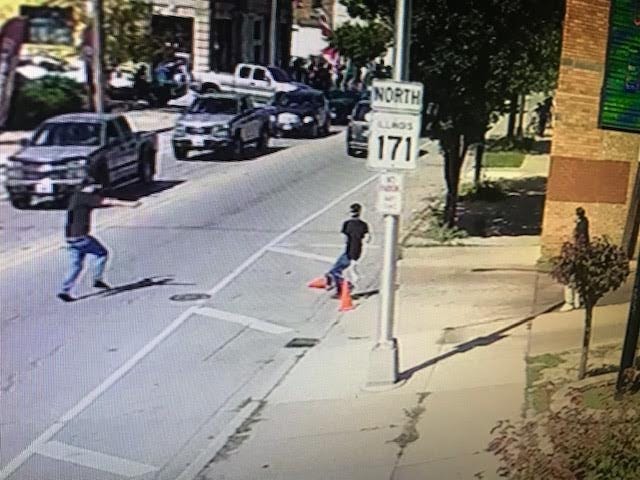 Photo credit Joliet police are searching for a man wanted in connection with a shooting September 14, 2019 that left a 16-year-old boy wounded. | Joliet police
By Sun-Times Media Wire

CHICAGO (WBBM NEWSRADIO) -- A shooting Saturday afternoon in Joliet that wounded a 16-year-old boy happened near the route of the Mexican Independence Day parade held annually in the city’s downtown.

About 2 p.m., officers responded to the intersection of Collins Street and Elwood Avenue following reports of a person shot and found the boy with a gunshot wound to the calf, Joliet police said.

Surveillance video showed what appears to be a white or Hispanic male, with a thin build, wearing a black T-shirt with white lettering and blue jeans, fire a handgun at the boy then run east through an alley, police said.

Joliet’s 57th annual Mexican Independence Day Parade started about a hour before the shots were fired. The parade’s path took it south on Collins Street towards Cass Street, passing near where the boy was shot.

Officers are actively investigating the shooting, police said. Anyone with information is asked to contact investigators at 815-724-3020.