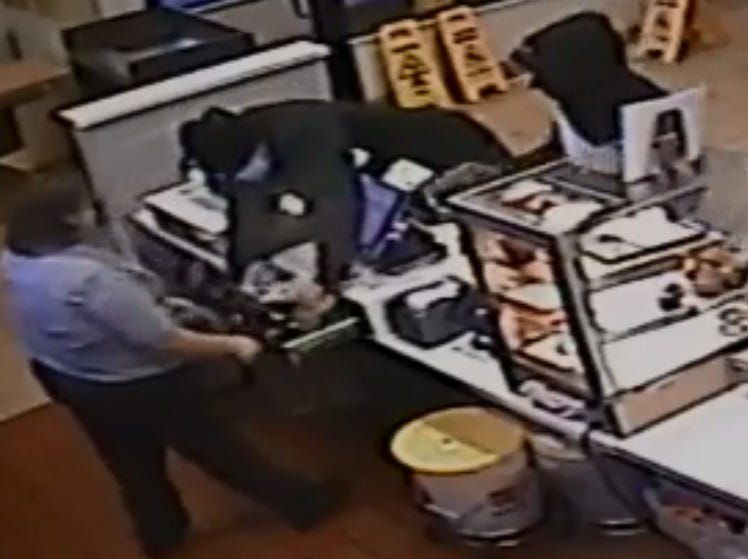 Two males wearing surgical masks walked into the restaurant about 6:41 a.m. at 2008 North Sheridan Rd., Zion police said. After placing an order, the suspects pulled out guns when an employee opened the cash register.

One suspect took cash from the register while the other brandished his gun at the other employees, police said.

The gunmen ran off after failing to open the cash register by the drive-thru window, police said.

One suspect was described as tall and wearing all-black clothing, a black stocking cap, black shoes with white soles and a blue surgical mask.

The other suspect was described as short and wearing a grey stocking hat, a black mask, a black and white coat with a black hood and brown Timberland-style boots.