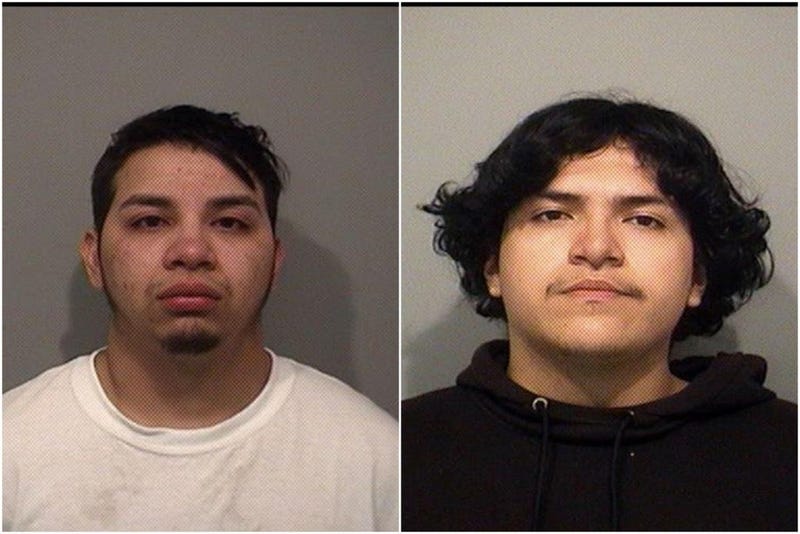 CHICAGO (WBBM NEWSRADIO) -- Two Wheeling men were arrested last week after a traffic stop in Buffalo Grove uncovered a gun that was stolen 50 years ago.

Rafael Rodriguez, 20, and Eduardo Leon, 18, were driving on Buffalo Grove Road June 1 when officers stopped them for speeding near Bernard Drive, Buffalo Grove police said. Rodriguez, the driver, showed signs of impairment and was taken into custody.

A subsequent search of the vehicle recovered a .22 caliber revolver, which a computer check revealed had been stolen out of Detroit, Michigan in 1969, police said. Leon, who did not possess a valid firearm owner’s identification card or concealed carry license, said the gun was his.

Leon was charged with one felony count of aggravated unlawful use of a weapon without a FOID or CCL, police said. Rodriguez was charged with a traffic violation and two misdemeanor counts of DUI.

Leon’s next court date is June 28, police said. Rodriguez was released on bond and is due back in court July 9.