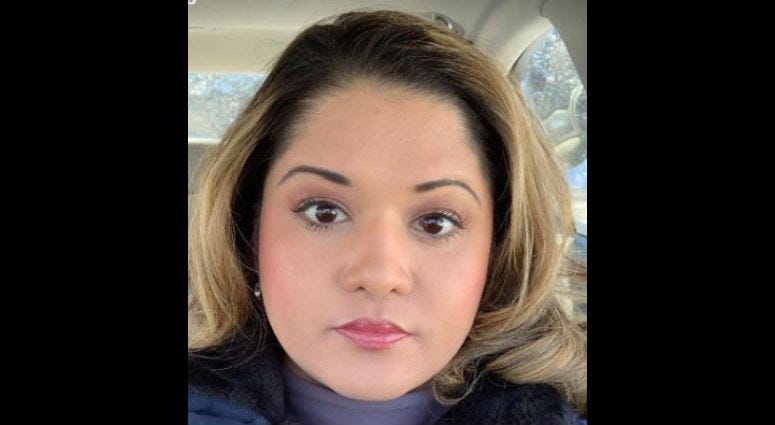 CHICAGO (WBBM NEWSRADIO) -- A woman missing from Schaumburg has been found dead in the trunk of her own car on the West Side, according to police.

Sureel Dabawala, 34, was reported missing by her family after she failed to return home on Dec. 30, according to a missing person alert from Schaumburg police.

She was considered “endangered” because of a medical condition, police said.

At about 8:34 p.m. Monday, Dabawala was found dead in the trunk of her Lexus in the 200 block of North Kilpatrick Avenue in West Garfield Park, according to Chicago police.

She was pronounced dead less than a half hour later.

A police spokeswoman said an initial report does not mention any type of trauma on her body.

Schaumburg police said Dabawala was known to visit Chicago and neighboring suburbs. She was last seen driving Lexus she was found in.

The Cook County Medical examiner’s office confirmed her death Tuesday morning and identified the body as Dabawala’s. An autopsy was scheduled for later Tuesday to determine a cause of death.

Area North detectives are conducting a death investigation. No arrests have been made.