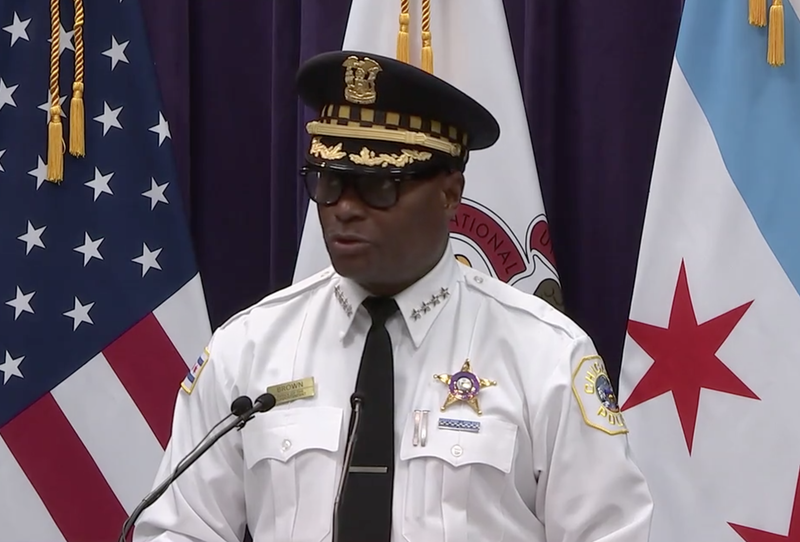 CHICAGO (WBBM NEWSRADIO) -- Chicago police are putting looters on notice. Everything is going to be done to try to stop them if they attempt to steal from stores downtown or in the neighborhoods.

"Chicago's strong. This is our town. Ours, not criminals'," Brown said.

He has issued a message to looters: "We are going to deploy all tactics necessary to prevent and stop looting."

Whether that is deploying stop strips to puncture tires of cars caravaning to loot, or blocking off streets and boxing-in caravans of looters, "CPD will work to do so," Brown said.

He said those cars will be towed and impounded.

"We will not tolerate looting in this city," Brown said. "We will work tirelessly to get this right for our residents."

And if looters get away, the police department will work with state and federal officials to track them down.

"Looters, if you are listening, we are committed to finding you if you escape and prosecuting you," Brown said.

Brown said that with expanded work hours there is the equivalent of 1,000 more police officers on the streets.

On Thursday, Cook County State's Attorney Kim Foxx said 42 people of the 43 arrested have been charged with felonies related to Monday's looting. She said detectives agreed on the decision not to approve felony charges for one person.

Supt. Brown said in addition to the felony charges placed against those 42 people, detectives are still going through pictures to try and identify others.