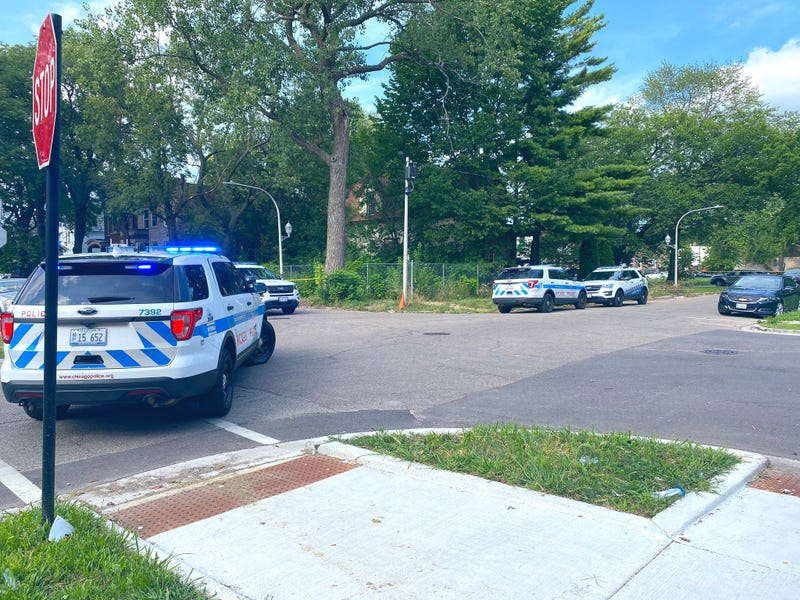 CHICAGO (WBBM NEWSRADIO) -- Charges have been filed against an Englewood man involved in the police shooting that sparked Sunday night’s looting downtown.

Latrell Allen, 20, was charged with two felony counts of attempted first-degree murder and one count of unlawful , Chicago police said.

Officers responded to a call of a person with a gun at about 2:30 p.m. near the 5700 block of South Racine Avenue, police said.

Latricsa Allen, the mother of Latrell, told CBS 2 her son did nothing wrong.

Latricsa Allen told CBS 2 another one of her sons got into a fight with a younger male from the neighborhood at a local park. Latrell was also there, and someone flagged down police and started chasing those who ran, including Latrell.

Latricsa Allen said her son was just trying to run away and was not armed.

Chicago police released a statement stating a weapon was recovered on the scene, and tweeted a picture of a gun recovered near the scene of the shooting.

Offender’s firearm recovered by police after firing at Officers. Officers returned fire striking the offender. Offender transported to U of C Hospital. pic.twitter.com/UQPmfP3a35

The Civil Office of Police Accountability (COPA) said none of the officers involved in the incident were wearing body cameras.

The officers who came upon the 20-year-old — whose shooting may have inspired a wave of looting downtown early Monday — “did not have body worn cameras,” the Civil Office of Police Accountability tweeted Monday.

Authorities said misinformation about the police-involved shooting may have sparked the mobs of looters who struck Chicago's Magnificent Mile shopping district and other sites early Monday. The shooting scene Sunday escalated into a tense confrontation between police and angry members of the community; at least two officers were injured.

COPA said its investigation continues. They are asking members of the public to offer any video of the incident they may have.