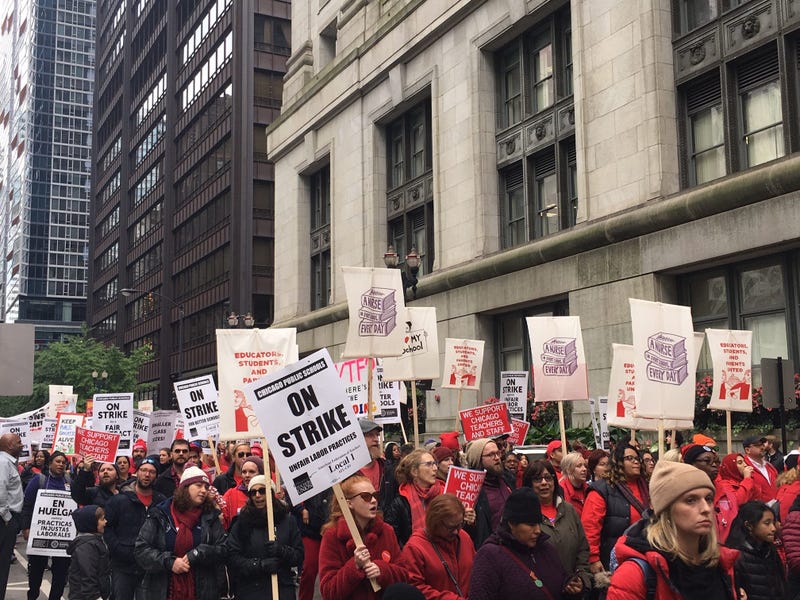 CHICAGO (WBBM NEWSRADIO) -- While the Chicago teachers strike rolls on, the season has ended for a promising Chicago Public Schools soccer team.

The Solorio sun warriors were ranked among the top high school boys’ teams in the state but they lost Wednesday in a 1-0 forfeit because of the strike.

Players warmed up in their light blue uniforms at Soto High School on the Southwest Side in the hopes that a last-minute deal could be reached and they could play in the regional semi-finals.

Their opponents, from Catholic school DeLaSalle, did not show up.

No agreement was reached so seniors like Rafael Soto and Alejandro Sanchez have played their last high school games.

Sanchez describes the feeling as "heartbreaking" especially because the two charter school teams were able to play a playoff game after Solorio's forfeit.

Sanchez and Soto don't blame either side in the ongoing strike. They say they both support their teachers but wish it hadn't come to the point that their season had to end because it.

Classes were canceled for Thursday, the sixth school day without instruction.