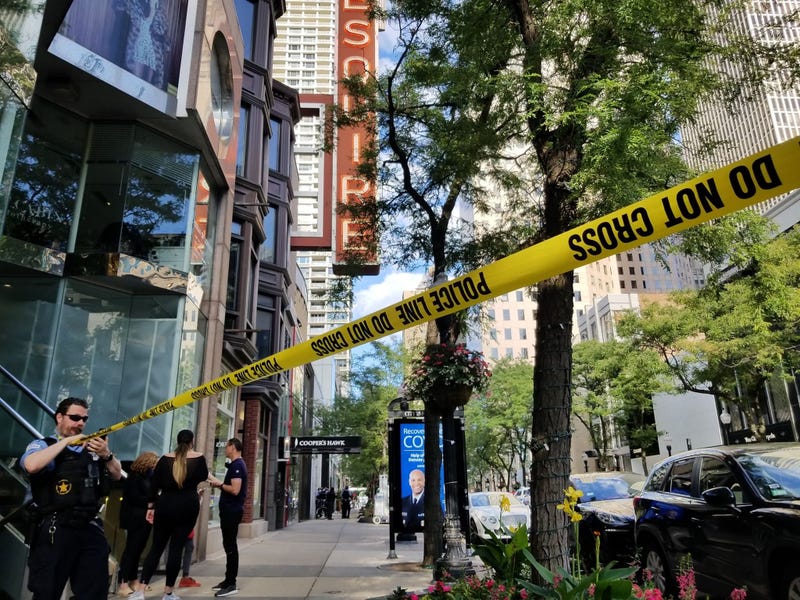 Photo credit Police at the scene of a drive-by shooting near the Magnificent Mile. (WBBM Newsradio/Brandon Ison)
By Steve Miller

(WBBM NEWSRADIO) -- One man is dead and two other people seriously wounded after they were shot near the Magnificent Mile on Tuesday afternoon.

Police say the victims had been shopping on Oak Street when two vehicles pulled up around 4:30 p.m.

Two people got out of each vehicle and opened fire.

“Our detectives are in the midst of recovering some video from a lot of the stores that may have captured the incident. And we are seeking out witnesses. If anybody has any information for the police department, we ask you to anonymously contact cpdtip.org.”

O’Shea said the vehicles were a black Taurus and a silver Chrysler 300M that fled West on Oak.