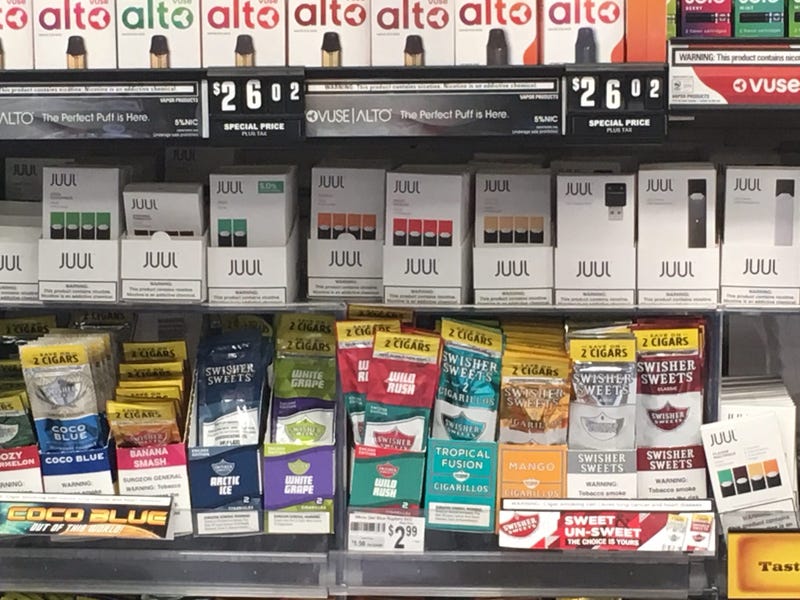 CHICAGO (WBBM NEWSRADIO) -- Illinois is now the first state in the Midwest to raise the minimum age to purchase tobacco products to 21.

In Chicago, Gov. J.B. Pritzker signed a measure called “Tobbaco 21” into law. It goes into effect this summer and affects cigarettes, chewing tobacco and e-cigarette materials.

“Nationally, use of tobacco products among teenagers increased by a staggering 38 percent between 2017 and 2018,” the governor said. “It should be going the other direction, as it is here in the city of Chicago.”

The city of Chicago already approved its own ordinance with similar restrictions.

“Our kids are not part of your profit margin. Keep your hands off of them,” Mayor Emanuel said.

Tobacco use is the leading cause of preventable death in Illinois, and co-sponsoring Sen. Julie Morrison is hoping the new law will change that.

"We know that nine out of ten people smoking today began by the time they were 18," Morrison said. "This legislation is going to change that behavior."

In recent years, teen smoking in Chicago has reached a record low of 6 percent.