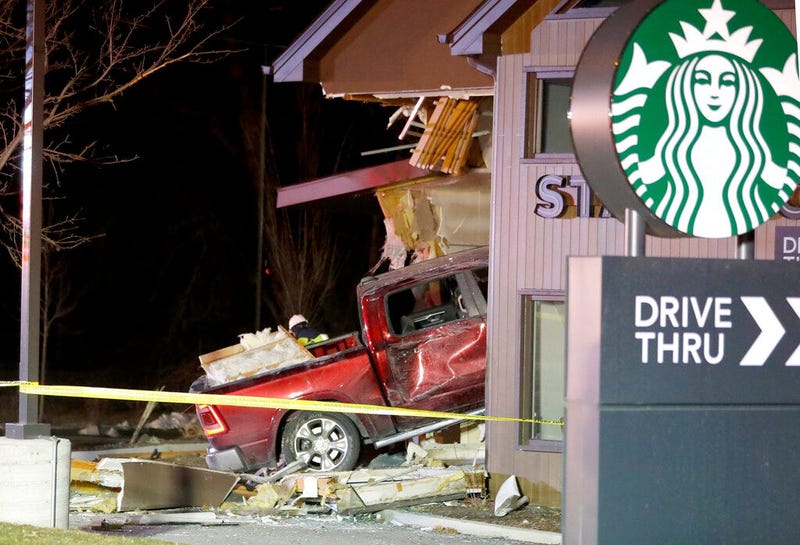 CHICAGO (WBBM NEWSRADIO) -- The driver of a pickup truck that crashed Thursday into a Starbucks in northwest suburban McHenry will not be cited or charged, according to police.

McHenry police announced Friday that McHenry County Regional Major Crash Investigation Team completed an investigation and determined the cause of the accident was due to a medical emergency. The driver of the Dodge Ram, a 53-year-old man from Lakemoor, will not be cited or charged.

In total, five injuries were reported. Four people were originally transported to Northwestern Medicine Hospital in McHenry, but one of the four, a 21-year-old male Starbucks employee, was later transported to Advocate Condell Hospital via Flight for Life, in critical condition. The other three at Northwestern Medical Hospital were listed Thursday in fair condition, police said.

According to McHenry police, a second Starbucks employee, was among the three transported to Northwestern Medicine Hospital. The employee suffered minor injuries and is now reported to be in good condition. All three are being held for observation, as of Friday morning.

One person, the driver of the Nissan SUV, was treated and released on scene.

McHenry Planning and Development is assessing the building’s structural integrity.