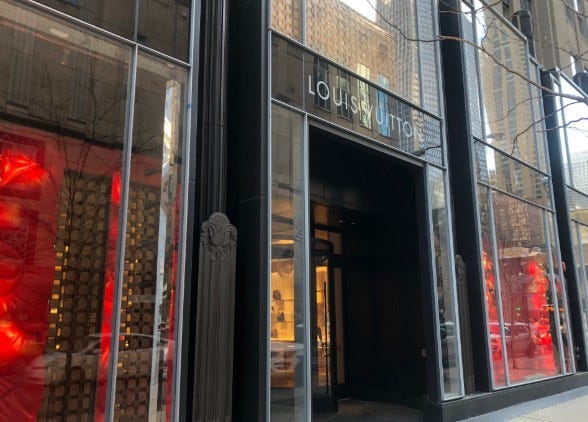 The first theft was reported at H&M in the 800 block of North Michigan Avenue around 11:30 a.m.

"They entered onto the tracks itself and fled on the tracks all the way north to the next stop at Clark Street,” Carroll said.

All five suspects were taken back to the retailer for a positive ID, police said. The merchandise was processed and returned to the store, and the suspects remain in custody.

Less than an hour later, the Louis Vuitton in the 900 block of North Michigan Avenue was robbed.

"The offenders implied a weapon, a weapon was not seen, but they made off with property from there."

Carroll tells WBBM officers located an abandoned vehicle near 32nd and Eberhart, where the property was recovered.

No one is in custody for the Louis Vuitton robbery.