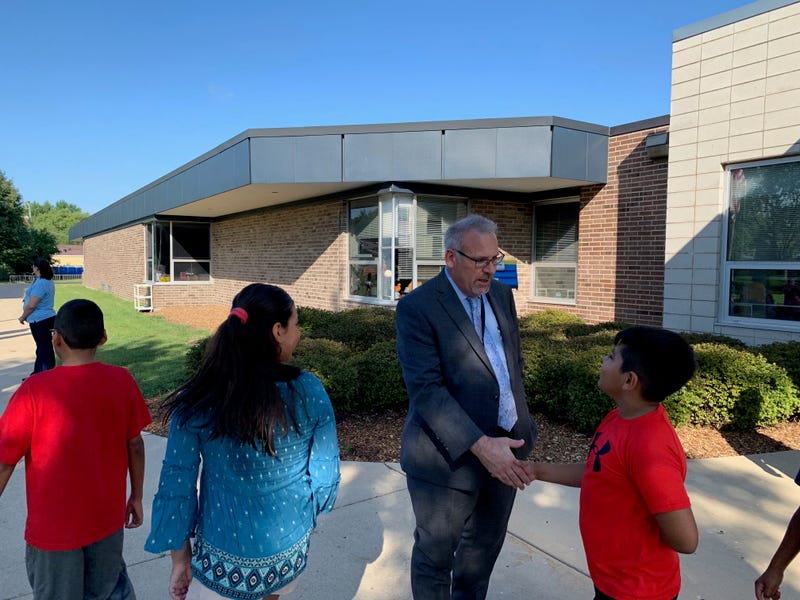 CHICAGO (WBBM NEWSRADIO) -- The head of the state’s second largest school district said he’s been getting "hate mail and texts" after releasing an outline of what schools could look like for the fall semester.

Elgin District U-46 Supt. Tony Sanders said that because students will need to be kept six feet apart and wear masks, it’s likely most students will be in-school learning on two days of the week while learning remotely the other three days.

At least that looks like what will happen at this point, Sanders said.

"It will be different in distance learning. We’ll be introducing new content. We will be assessing students. Grades will matter," Sanders said.

Supt. Sanders released an outline Wednesday for the upcoming school year.  He said a survey of parents and staff finds more people wanting some kind of hybrid model of learning, in-school and at-home.

"The overriding theme is that parents and staff are all concerned about their students coming back in if we can’t ensure that six feet of social distancing and the wearing of facial coverings that the CDC recommends," he said.

"Our kids and staff have not been inside of a school building since March 13, and when they come back in, they have to come back into a school in the era of COVID."

RELATED: 'Too Many Unknowns': Elgin District U-46 Looks At All The Possibilities Of The Next Academic Year | District U-46 Superintendent Stresses The Dangers Of Vaping On Facebook

He's caught flak for that from some quarters, however. Some of it has come from parents wondering how they will be able go to work if their kids have to be home a couple of days a week. To that, Supt. Sanders said, "We’re trying to work with community partners and others on providing child care opportunities for students for the days that we can’t provide in-person instruction."

If some parents believe their students would be better served by doing remote learning five days a week, Supt. Sanders said that could allow more students who need extra help, like special education students, to be in school for more than two days a week.

But Sanders said he’s also received hate mail and texts from some parents who said they’re not sending their children back to school if they have to wear masks or that students need to be in school five days a week despite the coronavirus.

Supt. Sanders said he will provide more updated information about what the new school year will look like on July 20, at the next school board meeting.