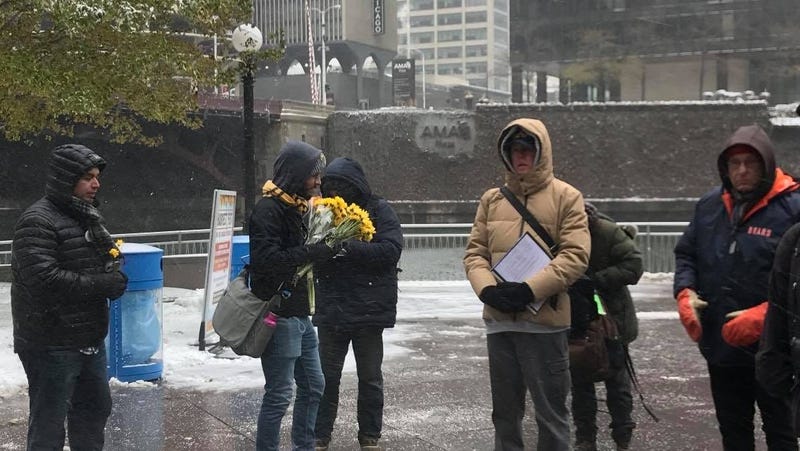 CHICAGO (WBBM NEWSRADIO) – There was a different kind of veterans’ gathering Monday in downtown Chicago, with a group of former service members calling for a halt to the U.S.’s “endless wars” and for a better-run VA system.

Adelena Marshall, a registered nurse who works for the VA, said the system is short-staffed.

Veteran Juan Zavala, who served in Iraq in 2004 and 2005, said many of his friends have come back from war with problems and the government could do more.

"I feel there should be some sort of actual transition back, providing health support and educational support. A lot of it is kind of on your own – ‘sink or swim,’” said Zavala, now a teacher.

The event ended with flowers being handed out and some dropped them into the river in honor of those who have died.