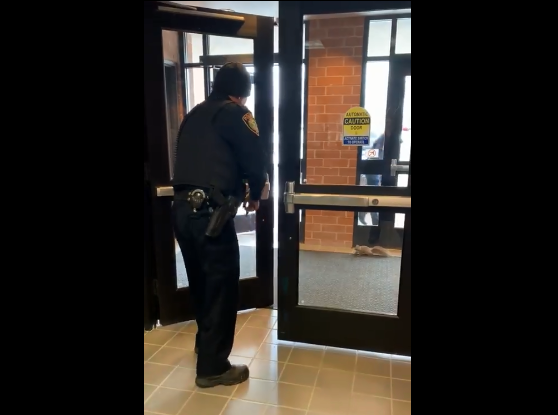 The McHenry Police Department posted humorously: "In 2019, we’re upping our training game. This video is a test of our officer’s ability to handle disorderly subjects. Police say Mr. Squirrel made it out just fine and was not injured. Our officers on the other hand…they are seeking counseling."

One man suggested police should have called the fire department save the officers, to which police responded: "Sure they will, after they break the windows, cut a hole in the roof, and finally use a fan to blow the squirrel out."

The department said kiddingly that the officer wasn’t standing on a chair because he was scared. "It was a tactical approach."

And, to the person who said it was hilarious seeing a police officer run from a “little” squirrel, the department joked "it’s been eating while it should be hibernating. It’s not a 'little' squirrel."

As of noon Friday, the video had been viewed nearly 400,000 times on Facebook, had been shared more than 4,300 times and had had several hundred comments.