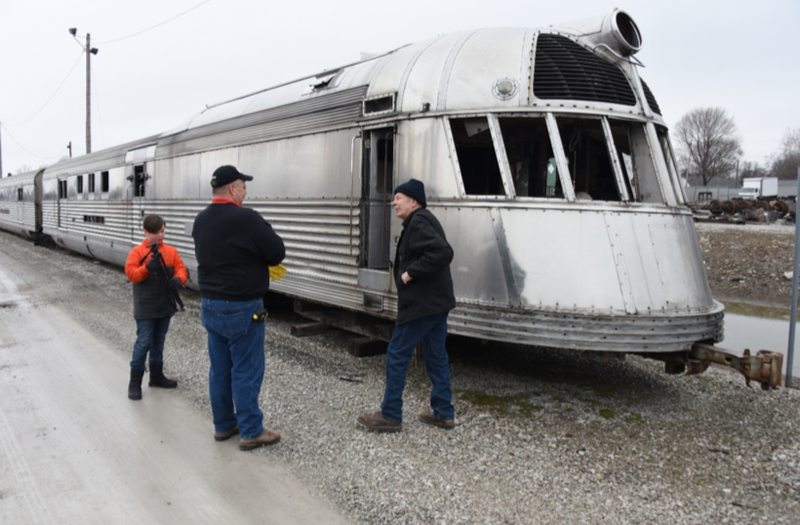 (WBBM NEWSRADIO) — The remnants of a historic passenger train that traveled the Midwest in the 1930s, 40s and 50s will be making a journey to northern Wisconsin this week to be restored and put back into service.

The Wisconsin Great Northern Railroad — which organizes recreational rail trips — said it purchased the Mark Twain Zephyr in June. It was one of nine stainless steel passenger trains built for the Chicago, Burlington and Quincy Railroad in the 1930s.

Tabern said original blueprints for the train were found on Ebay, which will be helpful as crews who work for the railroad restore the train over the next year or so. The plan is to have the restoration work done by the fall of 2021.

According to Tabern, "It’s going to be an all first class train. It’ll have a tavern lounge car. There’ll be an actual movie theater inside the back part of the engine."  He said it will also have a first class observation car.

The Mark Twain Zephyr is exactly like the Pioneer Zephyr at the Museum of Science and Industry. In fact, one of the cars that could not be used by the museum is among the cars that’ll be moved up to northern Wisconsin to be restored.

The Mark Twain Zephyr primarily ran daily round-trips between Burlington, Iowa and St. Louis, Missouri, although Tabern said it also occasionally ran along other routes, including ones taking it to Union Station in Chicago.

It is now located in downstate East St. Louis and, later this week, the engine will be driven on a flatbed truck 620 miles to Trego, Wisconsin.

When the truck starts its trek, there's a plan to provide 10-15 minute location notes on Twitter @MarkTwainZephyr so that people who want to see it might be able to position themselves on bridges over highways.

Thanks for all the attention this morning! We look forward to keeping you updated on the restoration progress of the Mark Twain Zephyr on this page.

Tabern said the exact route has not yet been determined and will be coordinated with the Illinois and Wisconsin departments of transportation.