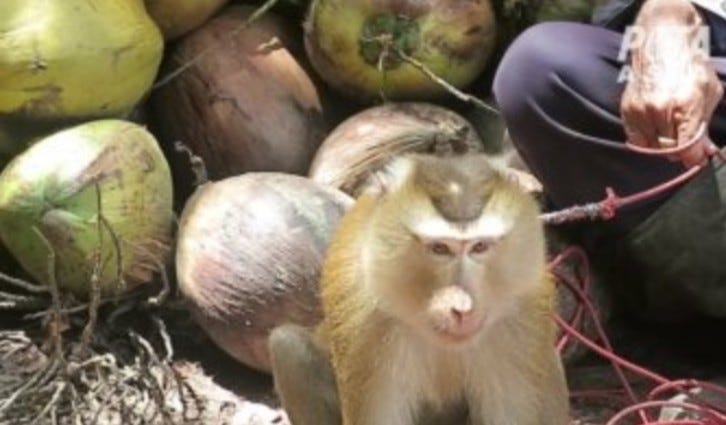 Deerfield, Ill. (WBBM NEWSRADIO) -- Deerfield-based Walgreens Boots Alliance has banned Aroy-D and Chaokoh coconut milk after the brands' supplier was implicated in PETA Asia's first-ever undercover investigation into the use of monkeys in Thailand's coconut industry.

According to Walgreens, the investigation revealed that monkeys are being chained, confined to cramped cages, and forced to climb trees and pick coconuts in Thailand to be used in products like coconut milk.

PETA Asia's eyewitnesses visited four "monkey schools," eight farms, and one coconut-picking competition, in which chained monkeys—reportedly illegally captured as babies—were forced to climb palm trees and pick coconuts for export around the world. When not being forced to pick coconuts, the animals were kept tethered, chained to old tires, or confined to cages barely larger than their bodies, Walgreens said in a statement. At the facilities, monkeys displayed stereotypic repetitive behavior indicative of extreme stress. One monkey in a cage on a truck bed shook the cage repeatedly in a desperate, futile attempt to escape, and a screaming monkey on a rope frantically tried to run away from a handler. An investigator learned that if monkeys try to defend themselves, their canine teeth may be pulled out. 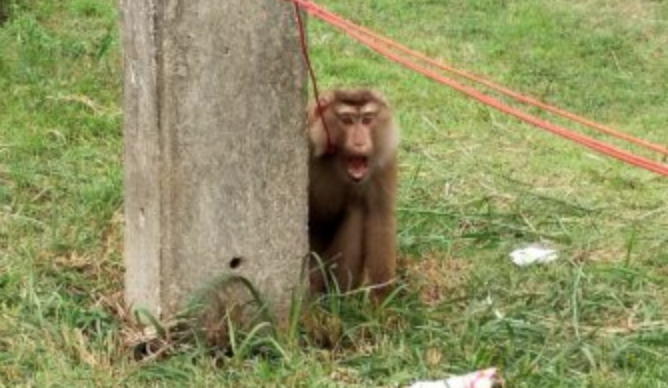 "These curious, highly intelligent animals are denied mental stimulation, companionship, freedom, and everything else that would make their lives worth living, all so that they can be used to pick coconuts," said PETA President Ingrid Newkirk, in a statement. "PETA believes virtually all coconuts from Thailand are picked by abused monkeys and is calling on kind people to buy coconut products that are sourced elsewhere."

Additionally, Ahold Delhaize and its 2,000 U.S. store locations and distribution centers, including Giant Food, Food Lion, Stop & Shop, and Hannaford, as well as its 889 Albert Heijn stores in the Netherlands, have committed to not stocking or selling any coconut products sourced from suppliers that use monkey labor. Bed Bath & Beyond's Cost Plus World Market, which has 276 stores nationwide, as well as an online store, has also stopped buying coconut products from Chaokoh.

For more information and to take action, visit PETA.org.