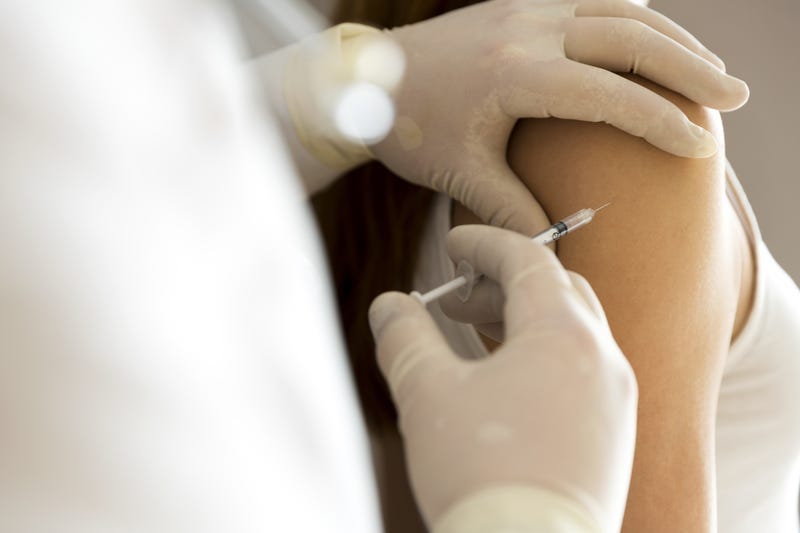 CHICAGO (WBBM NEWSRADIO) -- The flu season is upon us and health experts are not only urging people to get their flu shots, but also get your immunization records checked.

Contrary to what some people think, Steve Brandy, director of communications for the Will County Health Department, said the flu shot cannot give you the flu. Mild reactions, though, with some flu-like symptoms are possible.

Brandy said this year’s flu vaccine protects against four different strains of flu, unlike most years when three strains are included. They are listed by the Centers for Disease Control and Prevention (CDC) as H1N1, H3N2, B/Victoria, and B/Yamagata.

"That doesn’t necessarily mean we’re going to have a bad flu season, but it does mean there are four prevalent viruses that the experts feel that’s what we have to put in this year’s vaccine for the best in protection against influenza."

The health department said there are no documented cases of flu yet in Will County.

"They study what happened at the end of the old flu season here in the US and what’s going on around the world," he said.

Brandy said getting a flu shot is definitely worth it.

Will County Health Department Epidemiologist Alpesh Patel said that while lu viruses exist throughout the year, winter brings about the flu season due to residents spending more time indoors with windows closed, in addition to the significant amount of indoor human interaction that occurs during the holiday season.

And while many weather forecasters are predicting a rather severe winter with more extreme lower temperatures than usual, Patel said that a bad winter has no definite impact on the severity of the flu season.

“There is no science behind that,” Patel explained.  “There are so many factors that play roles in this. People are exposed by different means and people come across each other in different ways.  It is unpredictable season to season."

Patel notes, though, that the start of flu season can be a great time to not only get yourself protected from influenza, but also make sure you are properly protected against measles, mumps, whooping cough, and other illnesses.

“Right now,” Patel continued, “it’s all about ‘the vaccine is available, so go get it and protect yourself.’  And not only that, but educate yourself about who especially needs a flu shot.  It’s especially important for young children, seniors, those with compromised immune systems, and those with complications such as diabetes, cancer, or HIV.  Check with your provider or pharmacist.”

Patel said the start of the flu season is also a great time to speak with your health care provider about other immunizations you or your children might need.

“We certainly have seen activity over the last couple of years concerning measles and mumps.  So ask about your MMR status and find out if you need an additional shot.”

Patel said another dangerous illness to check for in your records is pertussis, commonly known as whooping cough.

“Someone might begin coughing badly and think ‘it’s just my allergies’ or ‘it’s just my asthma.’  But it could be more.  So check with your doctor ahead of time to make sure you are protected.”