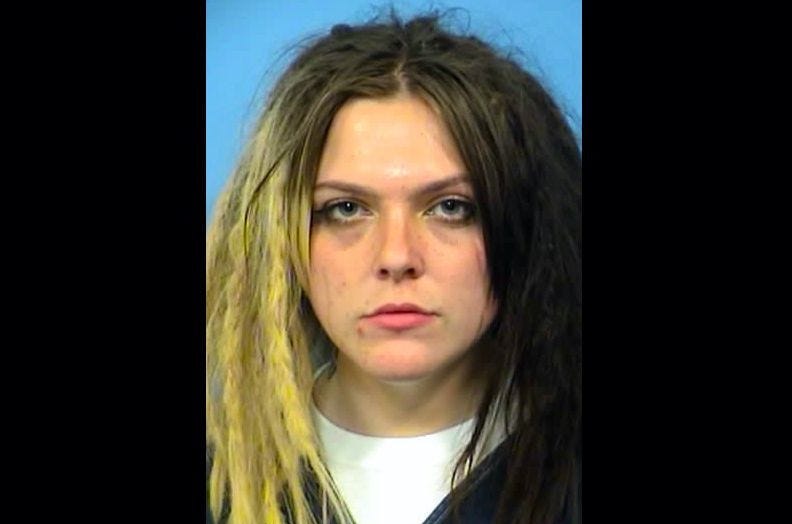 (WBBM NEWSRADIO) — A 23-year-old Lombard woman is being held on $750,000 and charged with attempted terrorism and possession of an incendiary device.

The allegations against Amanda Wolf relate to the demonstration — and vandalism — that occurred over the long Memorial Day weekend.

A Lombard man was arrested and accused of having a bat, knives, torches and the ingredients for a Molotov cocktail as he approached Lombard police vehicles.

DuPage County prosecutors say Wolf assisted that man and brought him the makings of a Molotov cocktail.

He allegedly texted her beforehand, asking: IS PEROXIDE FLAMMABLE?

“The arrest of Ms. Wolf sends the message that while we fully support peaceful protests in DuPage County, we have no tolerance for any criminal behavior perpetrated under the guise of such protests,” State’s Attorney Robert Berlin said in a news release. “Peaceful protests do not include Molotov cocktails, butane torches, knives and a baseball bat.”