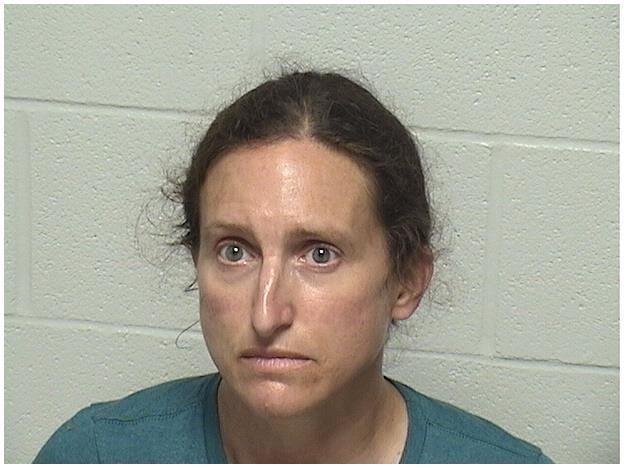 CHICAGO (WBBM NEWSRADIO) -- A parking lot confrontation leads to the arrest of a woman on battery and disorderly conduct charges for allegedly spitting on another person.

According to the Lake County Sheriff’s Office, Elizabeth H. Mach, 45, of Highland Park, was allegedly so mad that a man removed his face mask in a north suburban Costco that she yelled she had COVID-19 before spitting in his face.

Sergeant Christopher Covelli said Mach allegedly rammed her shopping cart in to the man’s cart after he removed his face mask before he exited the store on June 16 in Mettawa.

Mach allegedly told him to put the mask back on since he was not outside the building, the sheriff’s office said.

The man, 50, ignored her, at which point she allegedly yelled, “I am a schoolteacher and I have COVID-19.” She then allegedly removed her own mask and spat in his face.

RELATED: DUI Suspect Spat At Officer, Said He Had Coronavirus: Prosecutors | Woman Claiming To Have COVID-19 Spits In Nurse's Face In Aurora: Police

Police said she then got in her car and drove off.

Covelli said detectives are trying to confirm whether she is a teacher. They don’t know if she has COVID-19 and the victim did not show any coronavirus symptoms.

Police identified Mach and obtain an arrest warrant for two counts of battery and one count of disorderly conduct.

Mach was arrested July 8, and later released after posting 10 percent of a $40,000 bail, the sheriff’s office said.

Her next court date is July 29.

(WBBM Newsradio and the Sun-Times Media Wire contributed to this copy. All Rights Reserved. This material may not be published, broadcast, rewritten, or redistributed.)