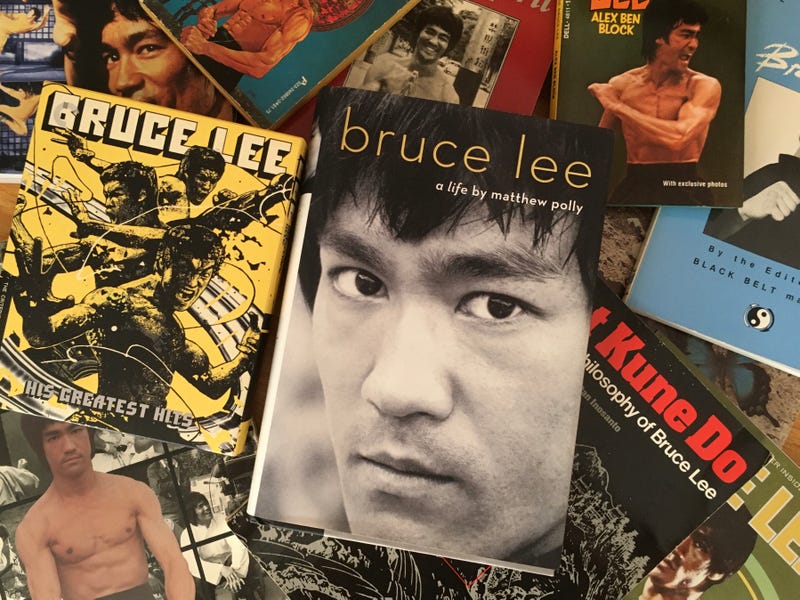 (WBBM NEWSRADIO) -- It’s interesting to think that, in theory, Bruce Lee could be blowing out 80 candles on a birthday cake this week. He was born Nov. 27, 1940 in San Francisco.

Reality is something else. The seemingly super-fit martial artist died in July 1973, a month before  the blockbuster Enter the Dragon hit cinemas. Lee became a global phenomenon—posthumously—with only a relative handful of starring vehicles under his belt.

The Bruce Lee wattage has intensified well into the 21st century. Consider:

—An actor portraying Lee had a significant, if slightly controversial, appearance in Quentin Tarantino’s 2019 opus Once Upon a Time in Hollywood.

—Pro-Democracy protesters in Lee’s home city of Hong Kong adopted his mantra of “Be water” (or, stay fluid) as they clashed with police.

WBBM Newsradio talked with Matthew Polly, author of the deep-dive biography Bruce Lee: A Life, about the enduring icon. Below are edited excepts from two conversations.

WBBM NEWSRADIO: Why does Bruce Lee continue to capture such attention so long after his passing?

MATTHEW POLLY: Bruce Lee died at his peak. He got to be instantaneously the patron saint of martial arts and this idea of someone small and tiny who’s a total bad-ass. He represents that entire Asian martial-arts genre the same way John Wayne represents the cowboy. Every time you think of the Asian martial artist you go, “Bruce Lee.”

WBBM: And yet his appeal cuts across cultures.

POLLY: I’ve always found that fascinating. Myself, as an Irish Catholic kid in Kansas, I saw him as the underdog and the martial arts as the path you achieve toughness. My Asian friends, they were like, “He showed everyone that we’re not weak.” And then my Black friends were like, “He fought The Man.”

WBBM: Bruce Lee had a cameo of sorts in Once Upon a Time in Hollywood when an actor playing him challenges Brad Pitt to a fight. The premise is Pitt’s character, a down-on-his luck stuntman, is so tough he can get the best of Bruce Lee and, later, defeat members of the Manson gang. Lee’s daughter took offense at this sequence and said it ridiculed her father. What’s your take?

POLLY: Tarantino’s a great filmmaker. He can do what he wants, but as an audience we get to react. My reaction was, it wasn’t an accurate portrayal of Bruce. (Tarantino) was very sympathetic to Sharon Tate, Jay Sebring, Steve McQueen, but not sympathetic towards the Manson gang or Bruce Lee. Of course, you say it’s a plot reason, right? But it gets a little problematic if the one Asian character is being used to make the white guy look tough. He makes him to be a kind of a blowhard. 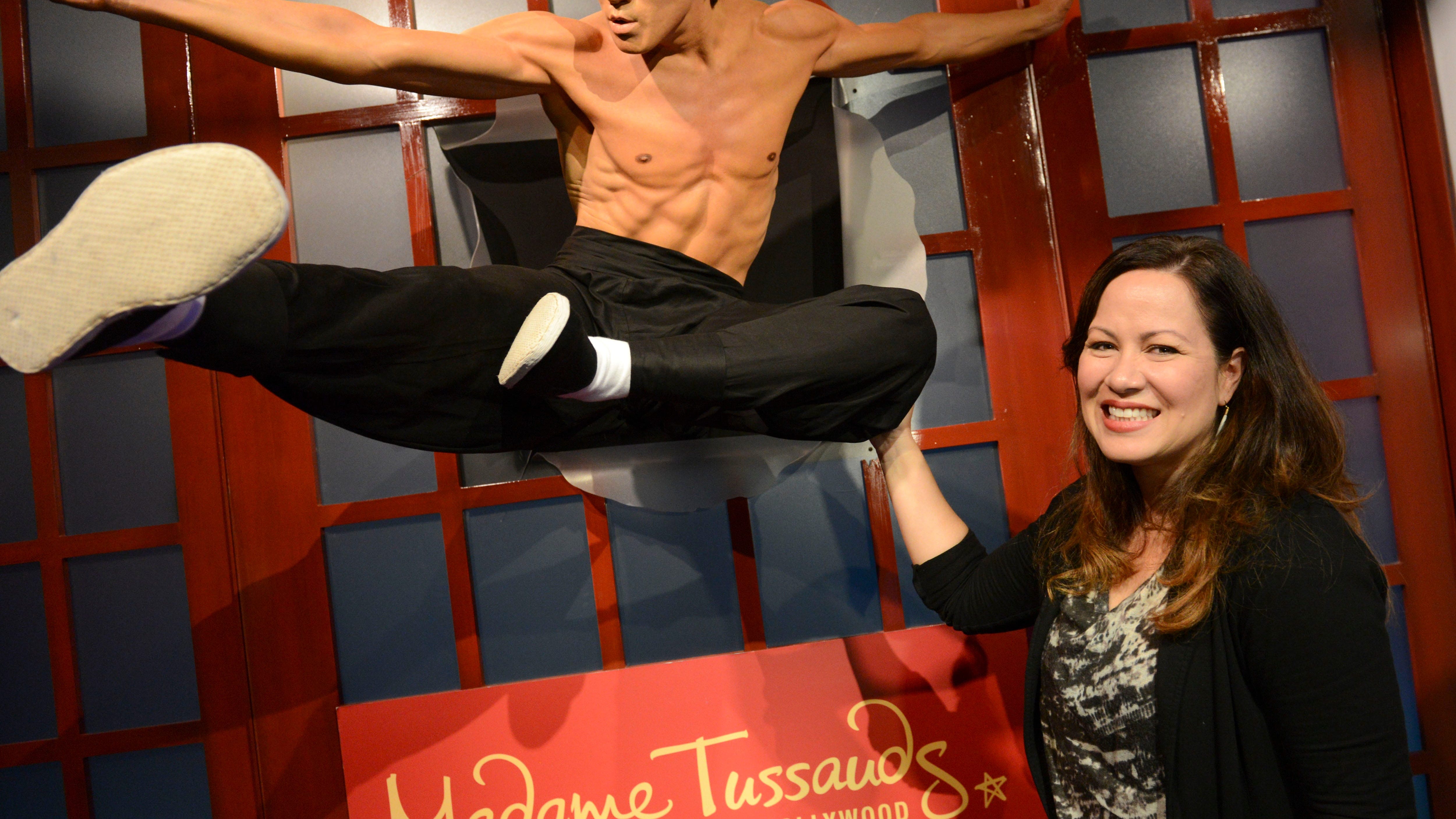 WBBM: What was the biggest surprise you encountered about Bruce Lee while doing research for your book?

POLLY: Once I saw that he made 20 films as a child actor, and none of them were kung fu flicks, it just changed my fundamental grasp of him. What I realized was, he was an actor first who fell in love with the martial arts and then merged those two passions together to become the icon we know, the martial-arts movie star.

WBBM: Your biography includes on-the-record accounts of Lee’s extramarital affairs and examines his use of cannabis. Was this a pushback against some of the previous saintly portrayals?

POLLY: I was curious about who Bruce was as a person, and I decided if the estate had sanitized his image, that's not Bruce's fault. That doesn't have anything to do with me. I just wanted to do a warts-and-all, A to Z, soup to nuts biography. I thought the quirks of someone's personality are an interesting detail. What I thought was important is not only that the information be revealed because it's true and it had been hidden for so long, but also that it be put in context. 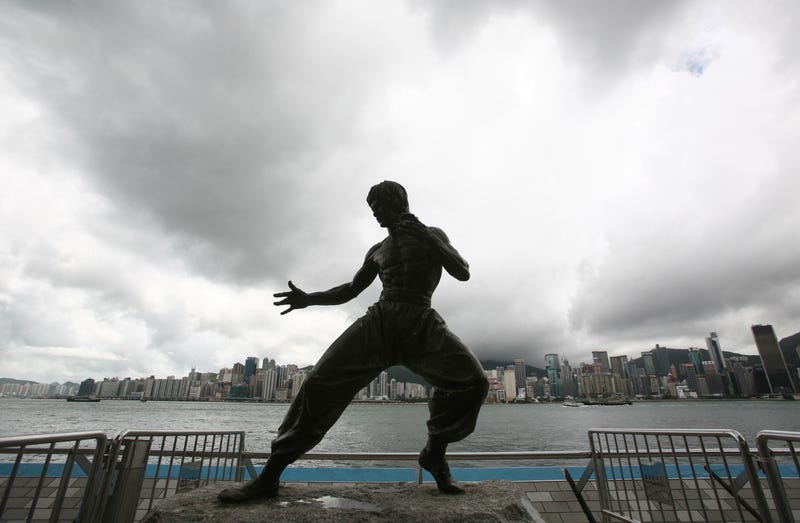 WBBM: You theorize that Bruce Lee’s death on July 20, 1973 — of cerebral edema, or swelling of the brain — was caused by heat stroke, brought on by cascading factors, such as the Hong Kong heat and the way in which Lee physically exerted himself on that last day.

POLLY: Heat stroke is something that on average three high school football players die every year from. The Army has an entire division that's dedicated to doing scientific research on heat stroke because it kills so many soldiers. We're looking for something that kills really athletic people, which Bruce was. So, I think heat stroke fits the evidence better than anything else, although you can never know for certain.

WBBM: Bruce Lee never had a chance to get older like most of us; he's frozen in time. What if he had lived a conventionally long life? Would we even be talking about him today?

POLLY: What was interesting about Bruce is he wanted to be a bigger star than Steve McQueen, but he actually modeled his career after Clint Eastwood. I think he would have followed Clint's path. He would have acted in different types of films, besides just kung fu, which would have expanded our understanding of him as an actor and not just a martial artist. Then he would have shifted over to directing and producing. 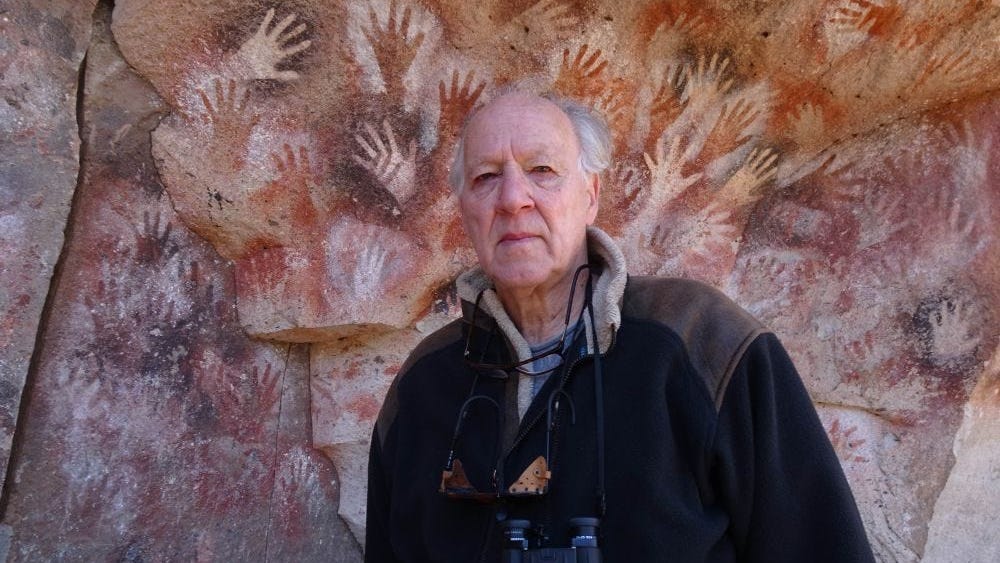