CHICAGO (WBBM NEWSRADIO) -- The Cook County Jail became the first jail in US history to act as a polling location during a presidential election, bringing the vote to around 5,400 pre-trial detainees.

Lt. Governor Juliana Stratton, Rev. Jessie Jackson and representatives from the Board of Election Commissioners for the City of Chicago and Chicago Votes announced the official opening Saturday of the Cook County jail as a viable polling place.

"For decades, the confusion around voting in jails and a person’s rights after release, suppressed the vote of thousands of people, predominately Black & Brown people," Stratton wrote on Twitter about the historic occasion.

Jackson approved the effort, thanking Cook County Sheriff Tom Dart, who was also on hand. He also said the move is a reminder from a civil rights march he attended in Selma, Alabama with Martin Luther King Jr. when activists were attacked for trying to vote.

"I want to express my thanks to the sheriff for his effort to open up this place for those who are behind bars," Jackson said at a press conference.

In Illinois—we are saying no more.

For decades, the confusion around voting in jails & a person’s rights after release, suppressed the vote of thousands of people, predominately Black & Brown people. #SB2090 #JEO #Vote pic.twitter.com/AZuNWGXPcO

"In a time where there are hurdles everywhere for voting, we are going to have over 2,000 detainees vote in this upcoming election," Dart said.

Gov. Pritzker signed Senate Bill 2090 more than a year and half ago, making it law that pre trial detainees in county jails across the state have access to the ballot. With about 5400 people in Cook County Jail, Dart said almost all are legally eligible to vote.

Dart called the move a significant one that opens up access for voting, particularly for Black and Brown folks who have been disproportionately affected by the system in the past.

"We have maybe five, 10 people who are serving a sentence so literally, for our purposes, everybody in here can vote," he said. 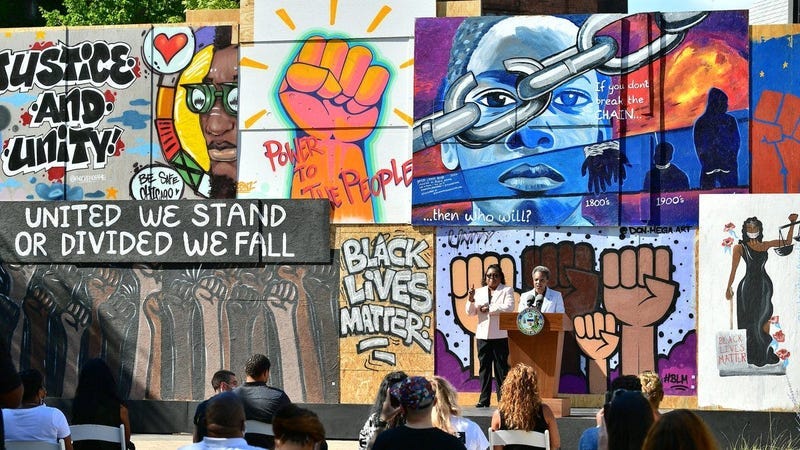