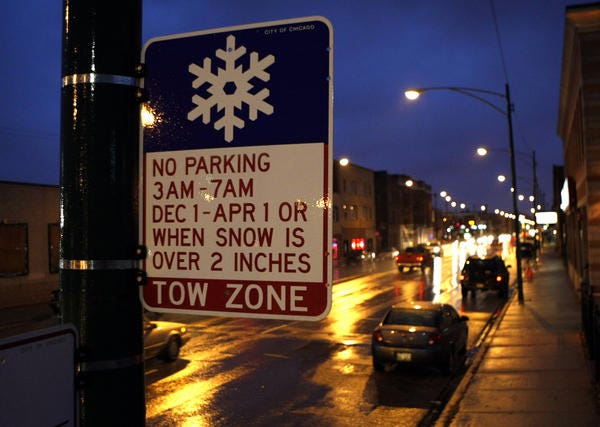 According to the Sun-Times, although the drivers face at least $235 in fines, fewer drivers were caught unaware than last year, when 248 cars were towed on the same night, according the Department of Streets and Sanitation spokeswoman Cristina Villarreal.

A separate, snow-related parking ban exists year-round on 500 miles of other roads when two inches of snow falls. 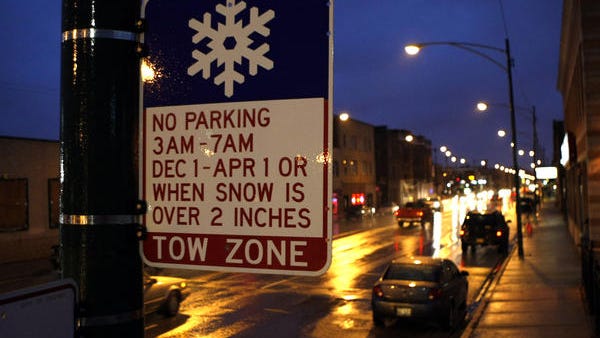 The bans were implemented after major snowstorms in 1967 and 1979 in order to help plows respond.