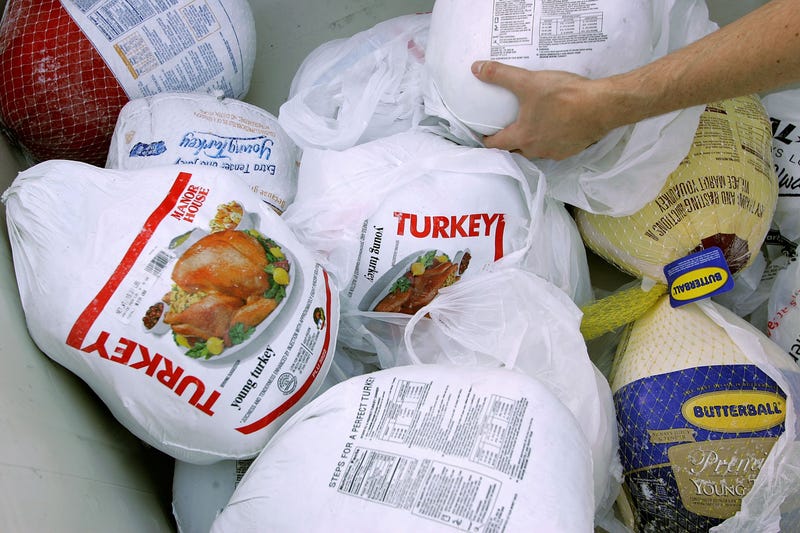 A volunteer prepares a box of turkeys to be given out during the 2006 holiday turkey distribution at the San Francisco Food Bank November 21, 2006 in San Francisco, California. Photo credit Justin Sullivan/Getty Images
By WBBM Newsradio Staff Report

Referencing data collected by the Bureau of Labor Statistics and U.S. Department of Agriculture, Purdue University said wholesale turkey prices are about 15 percent higher than they were November of last year and 30 percent higher than Thanksgiving of 2018.

Purdue said currently, wholesale turkey prices are hovering around $1.25 per pound compared with roughly 95 cents per pound two years ago. 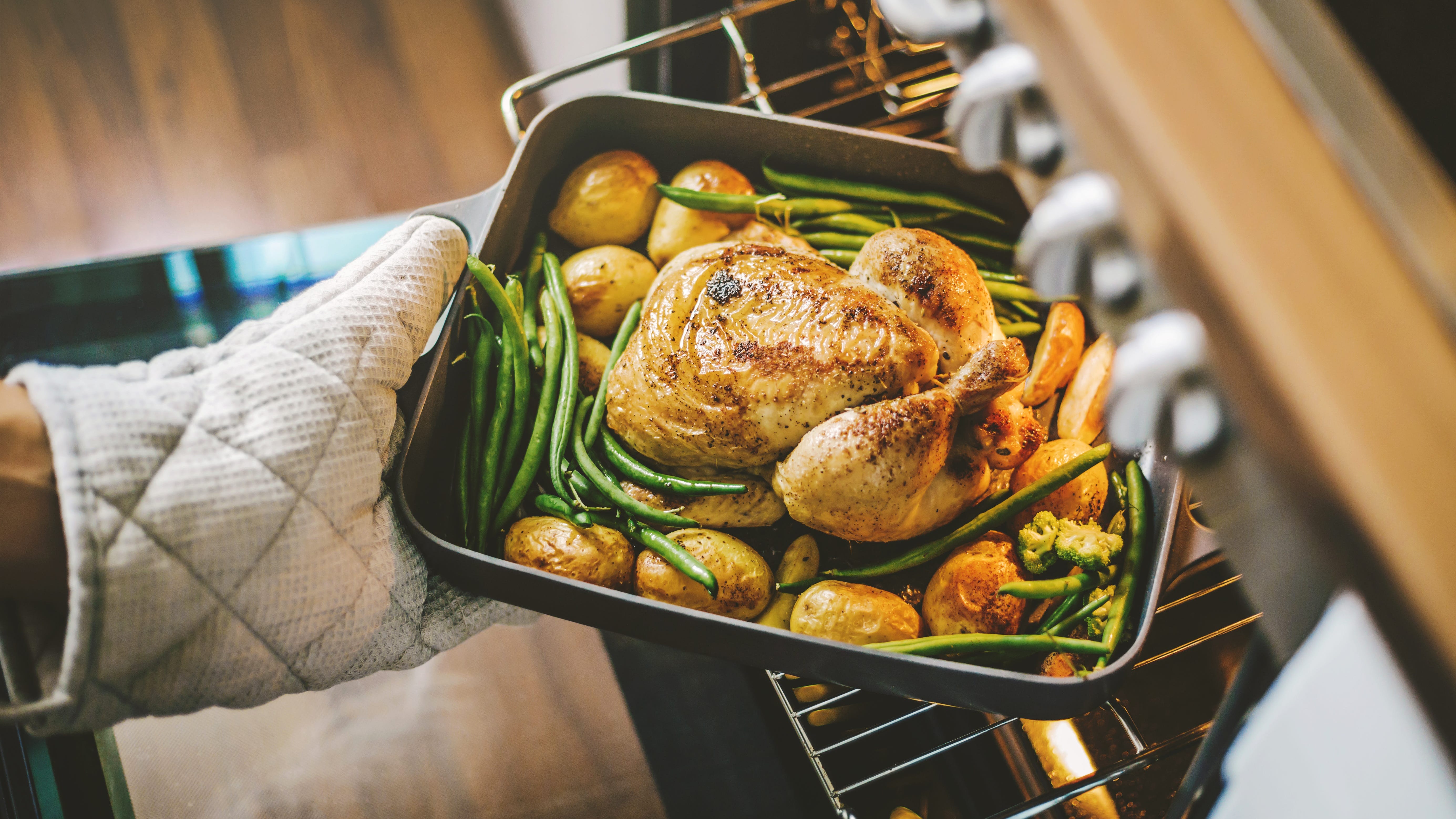 Is delivering and sharing food safe this Thanksgiving?

“While many of the food prices have come back down off the spikes in late spring and early summer, retail food prices remain significantly higher now than at the same time last year. In October, prices of food at grocery stores were 4 percent higher than the same time last year,” said Jayson Lusk, agricultural economics department head and professor. “It’s been almost a decade, since 2011, that we observed this rate of annual food price inflation.”

As COVID-19 cases climb throughout the country, particularly in the Midwest, Lusk predicts people might see a run on certain goods around the holidays, although nothing compared with the empty shelves seen in March. Many stores experienced shortages in the spring as demand shifted away from restaurants and fast-food restaurants to grocery store goods, and the nationwide food system had a scramble to adjust and meet those demands. Now, grocers are more prepared, and there are no anticipated shortages.

“Do you really need a 20-pound turkey if the entire family isn’t coming to visit?” he said.