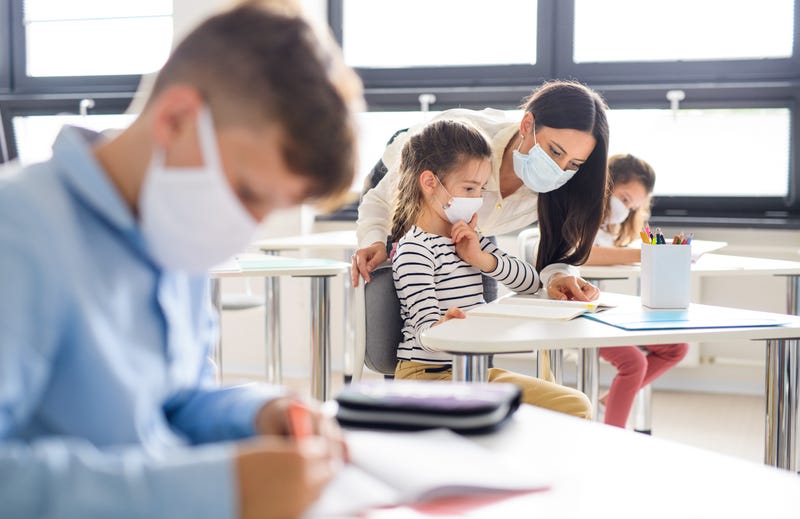 Arlington Heights Elementary District 25 started the year with remote learning, but it could be among the first public school districts in the northwest suburbs to resume in-person instruction.

The District 25 Board is considering a number of proposals, including one where students could come to school for a daily morning or afternoon session, and spend the other half of the day doing remote learning. Another proposal calls for half the students to come to school for two days a week, the other half to come for two days, and everyone to be remote on the fifth day.

Parents spoke out about the proposed schedules during Thursday night's board meeting.

"I have heard comments about why we were proposing the two day a week instead of half day was for working parents. I left that out of the equation. My husband and I both work. It is not ideal for us to have to drop off and pick up at lunch," one parent said. Administrators, teachers, and parents are expected to finalize a hybrid schedule by next Tuesday. Students could be back in the classroom as soon as Oct. 12.